Build a 3D Environment with Three.js

Since its release in 2010, Three.js has been used by many developers and companies alike. Below is the GitHub homepage, which uses Three.js to render a globe. It rotates and emits interesting connections between different points. We can even change it’s rotation with our mouse!

The renderer, Scene, and Camera

It should be noted that the Three.js API uses a considerable amount of stage and camera projection terms to name classes, functions and parameters.

The renderer object is the root of a Three.js program and carries two parameters:

Step 1: Setting up and installing Three.js

We’ll begin by opening the terminal, creating a directory called /helloCube, and changing into it.

Next, we will create the following files:

Then, let’s install Three.js. There are two primary options for installing Three.js in a project:

For this article, we are going to use a CDN link to install Three.js. Let’s head to the next step to add markup.

Step 2: Adding the HTML and connecting to our JS

Let’s begin this step by opening helloCube.html and add the following markup:

Our 3D environment will eventually render a <canvas> element to the body. By default, most HTML elements are displayed at the “block”-level where they begin on a new line and take up as much width as possible. We should add some styles to the page so that the body is as tall as the screen being used and the canvas is horizontally and vertically centered. Next, we’ll add a pair of <style> tags to the <head> element and do the following:

Let’s go ahead and save the file. Next, we will render the page on a browser with the following command: 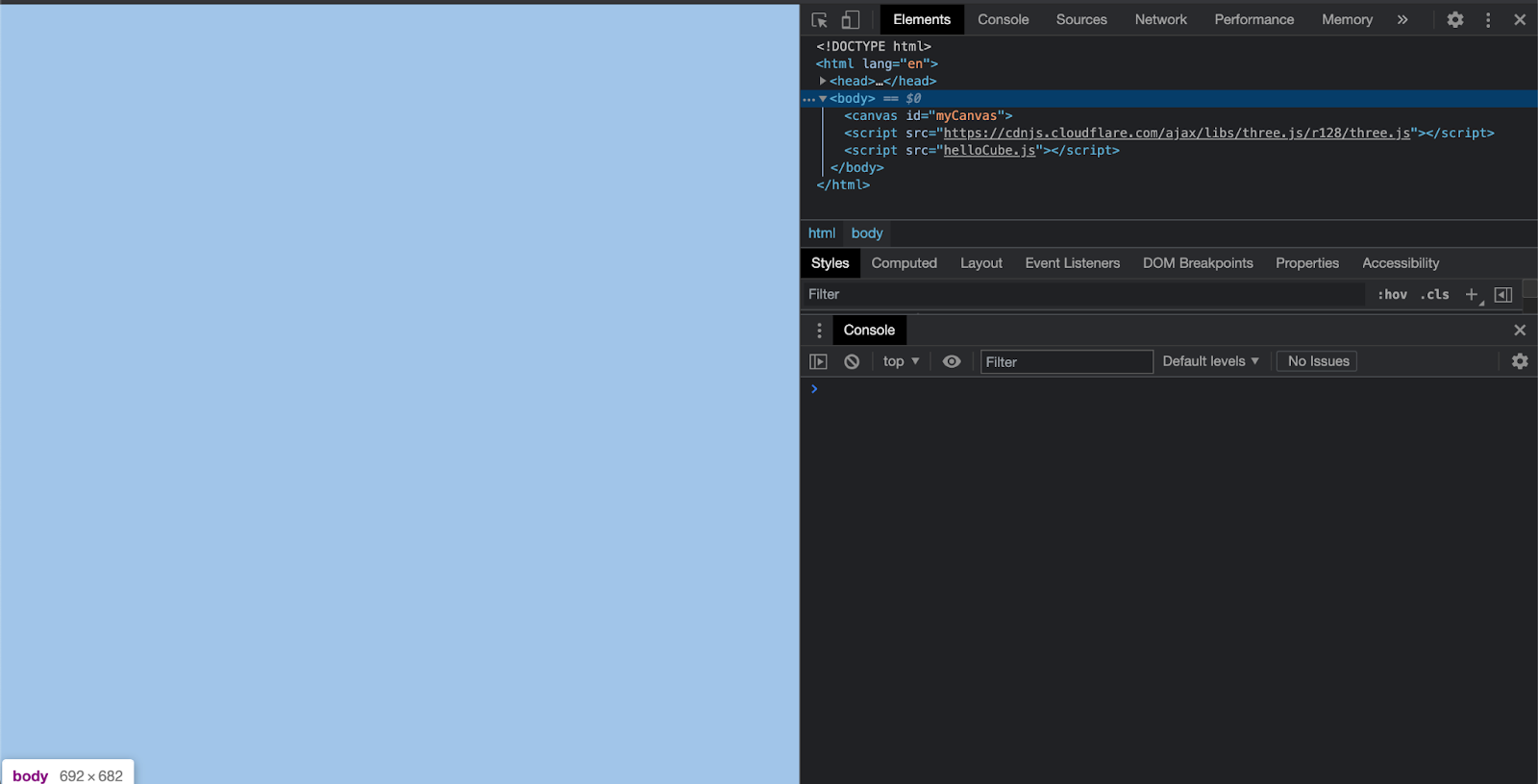 Lastly, in preparation for the next step, we’re going to connect our HTML to the Three.js library as well as our own helloCube.js file. Let’s add two pairs of <script> tags inside the <head> element. One of the scripts will import Three.js via CDN with the following url: https://cdnjs.com/libraries/three.js/r128. In order to ensure that our Three.js connection can access elements in the <body> after the DOM loads, lets add a defer attribute to both <script> tags.

Let’s save and close the helloCube.html file. Next, we’ll proceed to build the actual 3D Three.js environment!

For the remaining steps, we will finish building our 3D environment in the helloCube.js file. Let’s open the file and define a function called create3DEnvironment(). Then, we will execute it directly afterwards.

When the helloCube.html loads at the <script> tag linking to the helloCube.js file, the create3DEnvironment() method will be invoked. To access functions and class constructors from Three.js, we’re going to use the THREE constant. We are going to create our root object — the renderer — with the THREE.WebGLRenderer() function:

Let’s move on to the next step where we will set up a Camera object.

Step 4: Setting up a new camera

In order to “see” the objects we render in our environment, we need to create a Camera object. We will be using a perspective projection by creating a new THREE.PerspectiveCamera() and passing in the following values:

Step 6: Rendering the scene and camera 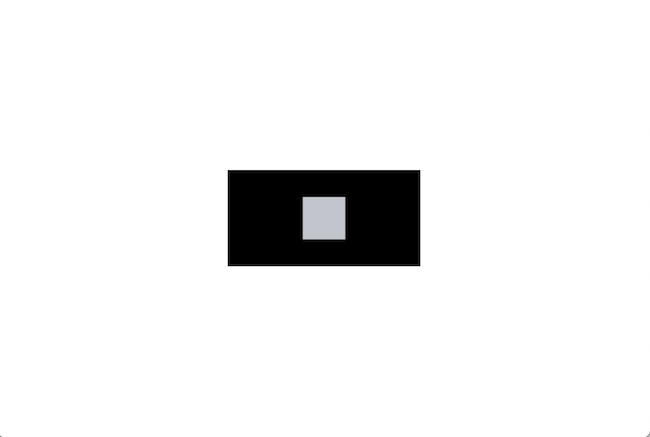