Learn about feature importance and how to calculate it.

When we fit a supervised machine learning (ML) model, we often want to understand which features are most associated with our outcome of interest. Features that are highly associated with the outcome are considered more “important.” In this article, we’ll introduce you to the concept of feature importance through a discussion of:

Feature importance in an ML workflow

There are many reasons why we might be interested in calculating feature importances as part of our machine learning workflow. For example:

There are many different ways to calculate feature importance for different kinds of machine learning models. In this section, we’ll investigate one tree-based method in a little more detail: Gini impurity.

Imagine, for a moment, that you’re interested in building a model to screen candidates for a particular job. In order to build this model, you’ve collected some data about candidates who you’ve hired and rejected in the past. For each of these candidates, suppose that you have data on years of experience and certification status. Consider the following two simple decision trees that use these features to predict whether the candidate was hired: 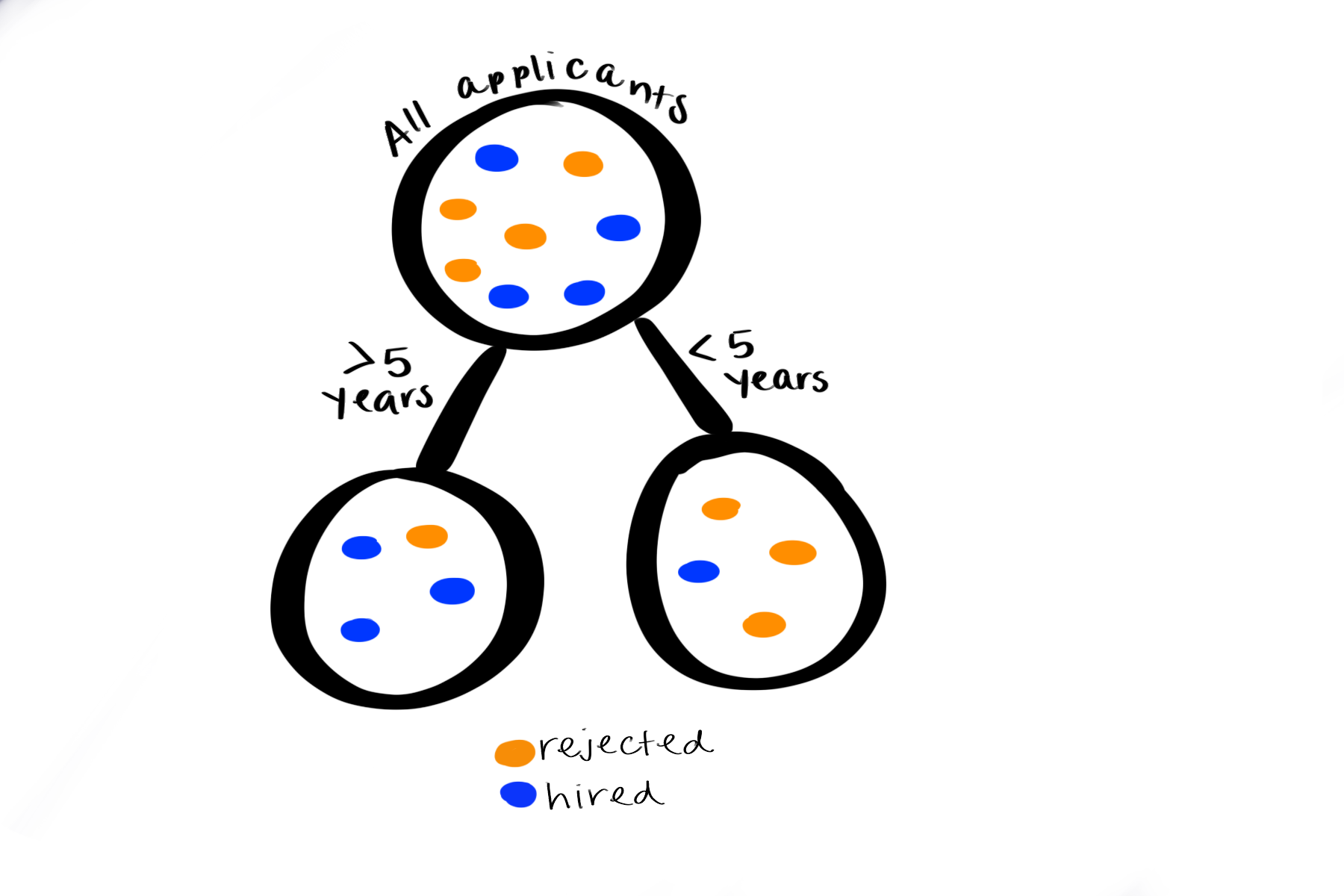 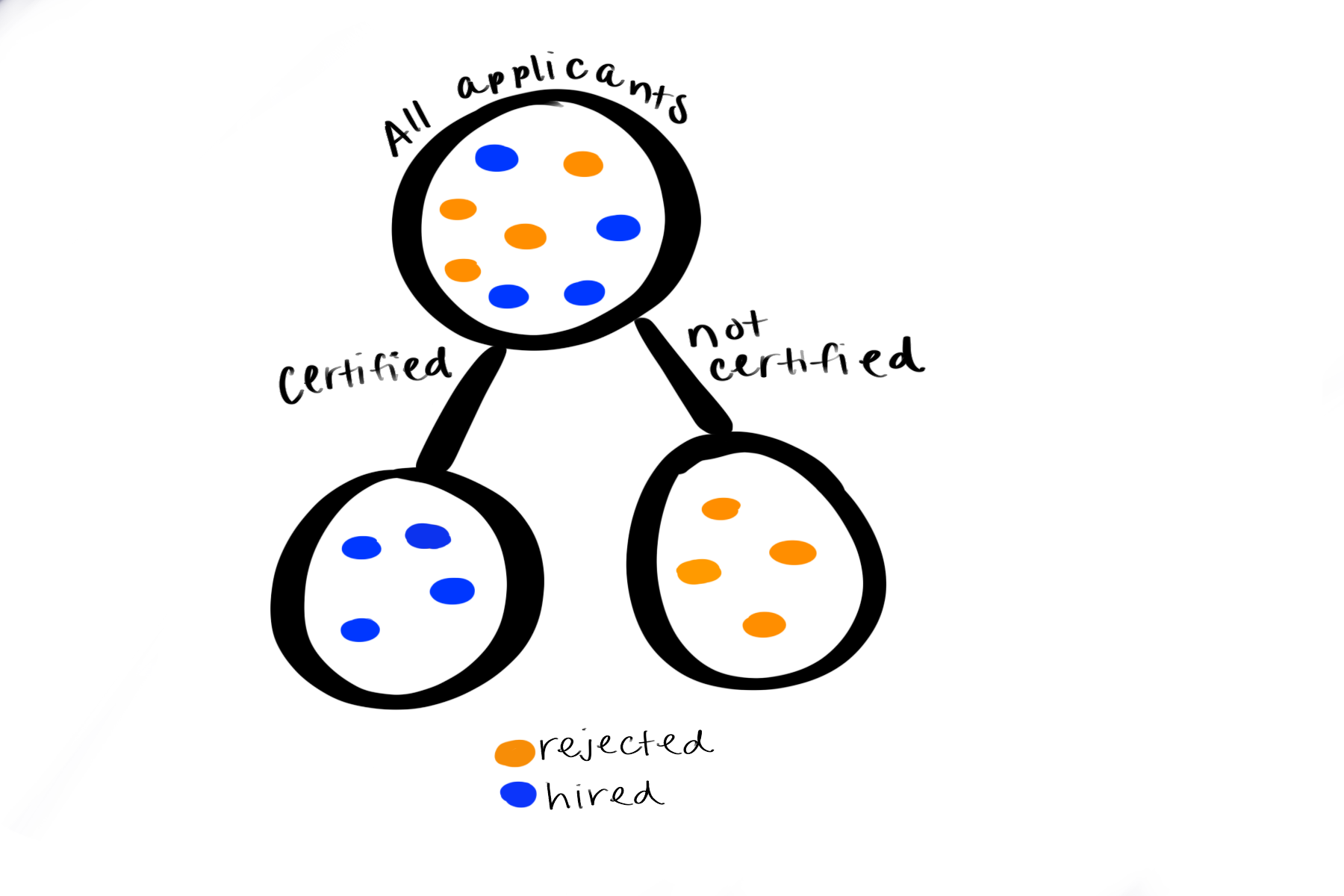 Gini impurity is related to the extent to which observations are well separated based on the outcome variable at each node of the decision tree. For example, in the two trees above, the Gini impurity is higher in the node with all candidates (where there are an equal number of rejected and hired candidates) and lower in the nodes after the split (where most or all of the candidates in each grouping have the same outcome — either hired or rejected).

To estimate feature importance, we can calculate the Gini gain: the amount of Gini impurity that was eliminated at each branch of the decision tree. In this example, certification status has a higher Gini gain and is therefore considered to be more important based on this metric.

To demonstrate how we can estimate feature importance using Gini impurity, we’ll use the breast cancer dataset from sklearn. This dataset contains features related to breast tumors. The outcome variable is the diagnosis: either malignant or benign. To start, we’ll load the dataset and split it into a training and test set:

Next, we’ll fit a decision tree to predict the diagnosis using sklearn.tree.DecisionTreeClassifier(). Note that we’re setting criterion= 'gini'. This actually tells the function to build the decision tree by splitting each node based on the feature that has the highest Gini gain. By building the tree in this way, we’ll be able to access the Gini importances later.

Next, we can access the feature importances based on Gini impurity as follows:

Based on this output, we could conclude that the features mean concave points, worst area and worst texture are most predictive of a malignant tumor. There are also many features with importances close to zero which we may want to exclude from our model.

Because Gini impurity is used to train the decision tree itself, it is computationally inexpensive to calculate. However, Gini impurity is somewhat biased toward selecting numerical features (rather than categorical features). It also does not take into account the correlation between features. For example, if two highly correlated features are both equally important for predicting the outcome variable, one of those features may have low Gini-based importance because all of it’s explanatory power was ascribed to the other feature. This issue can be mediated by removing redundant features before fitting the decision tree.

Other measures of feature importance

There are many other methods for estimating feature importance beyond calculating Gini gain for a single decision tree. We’ll explore a few of these methods below.

Another way to test the importance of particular features is to essentially remove them from the model (one at a time) and see how much predictive accuracy suffers. One way to “remove” a feature is to randomly permute the values for that feature, then refit the model. This can be implemented with any machine learning model, including non-tree-based- methods. However, one potential drawback is that it is computationally expensive because it requires us to refit the model many times.

In this article, we’ve covered a few different examples of feature importance metrics, including how to interpret and calculate them. We learned about:

Feature importance is an important part of the machine learning workflow and is useful for feature engineering and model explanation, alike!