An Introduction to Abstract Data Types in JavaScript

An introduction to ADTs in JavaScript. 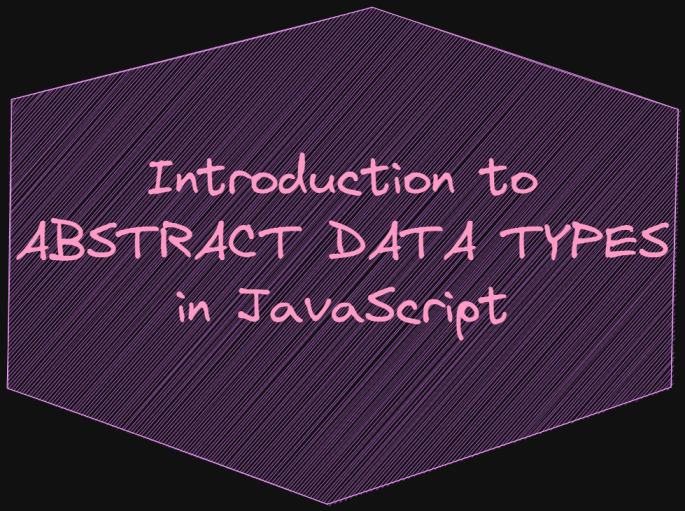 An Abstract Data Type (ADT), as the name suggests, is an abstract understanding of a data structure. An ADT is defined through its behavior and characteristics, particularly in terms of what data can be stored into it, the operations that can be performed on this data, and the behavior of these operations. For example, stacks and queues can be internally implemented using linked-lists made up of nodes or arrays. However, the primary function of a stack is to be a last in, first out (LIFO) data structure and the primary function of a queue is to be a first in, first out (FIFO) data structure. The behavior, from the point of the user, remains intact, regardless of the internal implementation either using linked-lists or arrays. If the user was interacting with a stack, the user will simply worry about pushing data onto the stack or popping data off the stack. The user won’t need to have the knowledge of how that stack is working internally.

An analogy to explain ADTs in terms of web development would be CRUD (abbreviated as create, read, update and delete) APIs. The user of any CRUD API has to simply know what request method (GET, POST, PUT/PATCH, or DELETE) should they send, and if they followed the rules of the API, the API server would send data back. The user didn’t have to worry about the internal workings of the API server. They simply had to know the rules of interactions and behavior of a CRUD API. In this case, the CRUD API is functioning as an ADT from the perspective of the user.

There are no specific rules which force the implementation of particular methods and operations in a particular ADT. This is decided based on the requirements in a use-case scenario and ultimately by design choice.

There are 3 general advantages of using ADTs, listed as follows:

The code that is using the ADT will not have to be changed even if the internal workings of the ADT have been changed. The change in the ADT is isolated and compartmentalized.

Real world programs continue to evolve with ever changing requirements and new constraints. Differently implemented ADTs, with all the same properties and methods, can thus be used interchangeably. For example, consider a linked list created using arrays that contained names of the patients in a hospital. It’s later decided to include all the information about the patient in the linked list. Then, a linked list implemented using class based nodes with all the necessary fields would serve as a much better replacement as compared to the linked list that is simply using arrays. Therefore, ADTs can adapt to the situation in which they’re used.

How ADTs coexist with other programs

Each ADT supports specific operations which can be leveraged in a particular situation. Some ADTs can provide better speeds at looking up data while others can save space. But, these ADTs work in conjunction with other programs to track, store, retrieve, and manipulate the data. The user is the one that decides which particular ADT would best serve their requirements.

Linked-lists as an ADT

Linked-lists are made up of a sequence of elements (called nodes, refer the left note below), which may or may not be stored sequentially in memory. For a simple linked-list, each node has the ability to store some data and the link to the next node in the linked-list. Every linked-list begins at the head node which is then linked to the next node.

Queues are linear data structures, in which data is inserted from one end and removed from the other end. The place where the data is inserted in the queue is called the rear end of the queue and this insertion operation is called enqueue. Data can be removed from the front of the queue and this deletion operation is called dequeue. It follows the first-in, first-out (FIFO) configuration for storing and removing data. This means that the data that was first to enter the queue is also first to leave the queue. 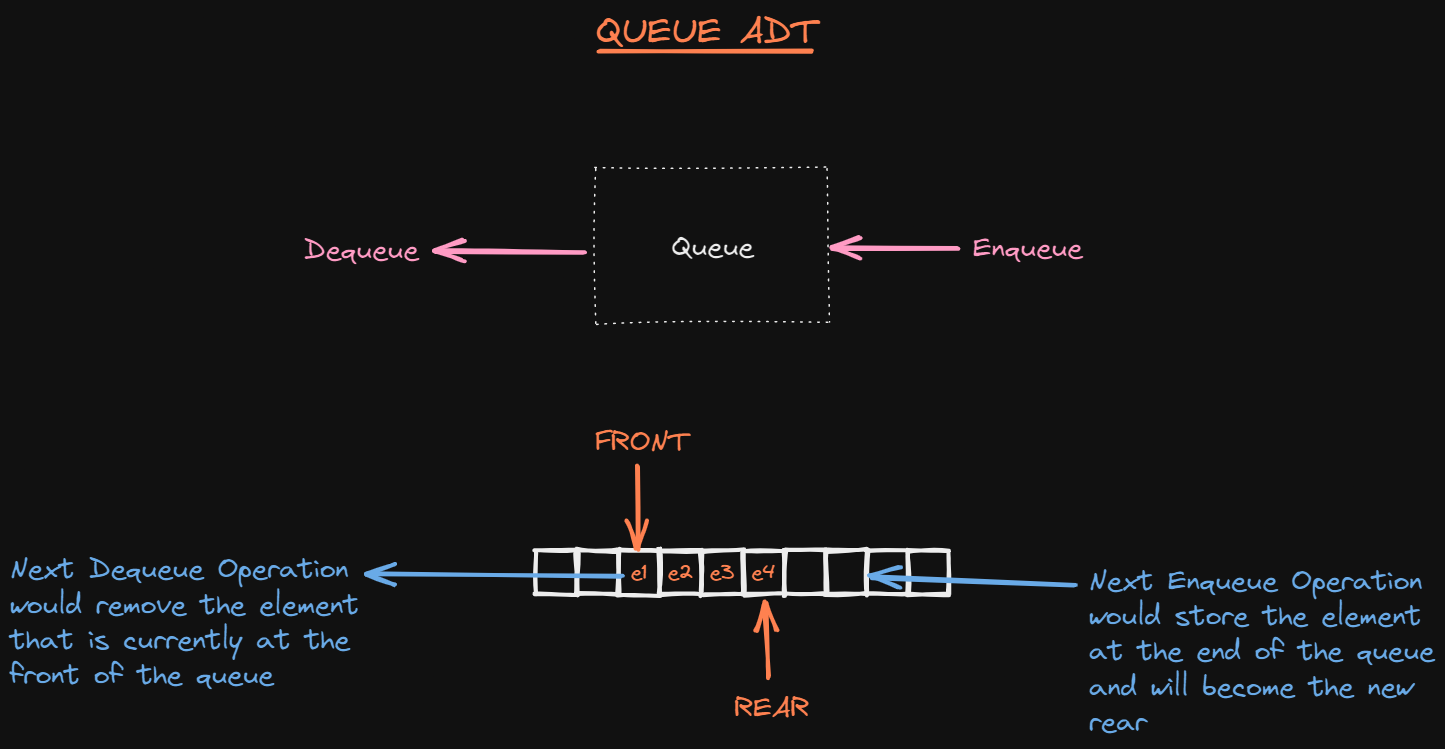 ADTs fulfill a very important role in everyday programming tasks. This article talked about how ADTs are used in application development. It also showed how ADTs offer encapsulation, compartmentalization, and adaptability. Finally, the article discussed about some basic ADTs such as linked-lists, stacks and queues.