The History of Chatbots

In October of 1950, Alan Turing proposed an approach for evaluating a computer’s intelligence and famously named his method, The Imitation Game. The premise is that an interrogator talks to two people through a “typewritten” machine (today we would refer to this as instant messaging). The catch is that only one of the conversations is with a real person – the other is with a computer.

Turing posited that, by the turn of the century (the year 2000), in a well-controlled experiment, a computer should be able to fool the interrogator 70% of the time. While we’ve made a lot of progress since 1950, no algorithm has consistently reached this bar. However, there has still been substantial progress in the field of chatbot development, which has led to a multi-billion dollar industry and dozens of profitable products.

Before examining the history of chatbot development, read through the conversation we had with two different chatbots: ELIZA and Mitsuku. One of these models is still in development, while the other was programmed in 1966. Can you guess which is the newest?

If you guessed Mitsuku, nice work. While Mitsuku was more coherent than ELIZA, I still wouldn’t describe the interaction as a “normal” conversation with a stranger.

The progression from ELIZA to Mitsuku didn’t happen overnight. There were a lot of innovations and creative chatbots in between. Let’s take a deeper look at them. 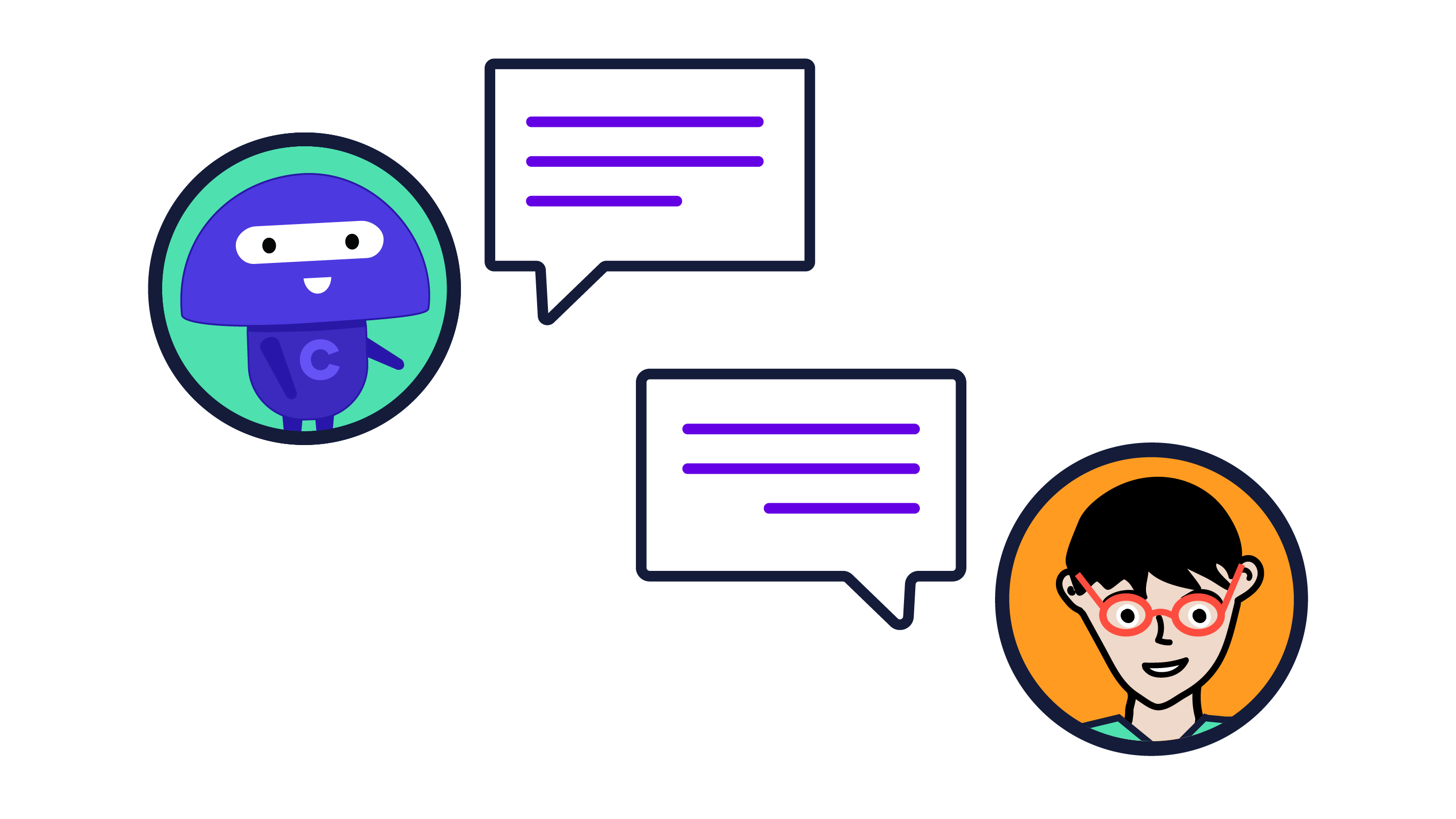 ELIZA was developed by Joseph Weizenbaum at MIT Laboratories in 1966 and was the first chatbot that made a meaningful attempt to beat the Turing Test. It used pattern-recognition to pick out patterns in a person’s speech, then repeated the words back to the person in a premade template. The most famous implementation of the ELIZA chatbot is DOCTOR. In this implementation, the chatbot acts like a psychotherapist, responding to a patient’s statements by selecting a phrase from the respondent and parroting them back in the form of a question. This form of chatbot is rule-based, because the program responds to a person based on rules that a developer establishes in a predefined script. However, as you saw above, the responses from a DOCTOR-programmed chatbot quickly become incoherent.

Kenneth Colby developed PARRY while at Stanford University in 1968. Colby built PARRY with a similar rule-based method to ELIZA. However, it was designed to model the behavior of a person with diagnosable paranoia. PARRY also had a richer response library and was able to simulate the mood of a person by shifting weights of mood parameters. PARRY would respond differently based on the distribution between mood parameters for anger, fear, or mistrust. PARRY passed a modified Turing Test by fooling people who tried to distinguish the difference between it and a person with paranoia.

Richard Wallace started developing A.L.I.C.E. in 1995, shortly before leaving his computer vision teaching job. Wallace improved upon ELIZA’s implementation by continuing to watch the model while it had conversations with people. If a person asked an A.L.I.C.E. bot something it did not recognize, Wallace would add a response for it. In this way, the person who designs an A.L.I.C.E.-powered device could continuously modify it by adding responses to unrecognized phrases. This means that well-developed A.L.I.C.E. bots can respond to a variety of questions and statements based on the developer’s needs. In a chapter from the 2009 book, Parsing the Turing Test, Richard Wallace described this process as supervised learning, because the developer – who he calls the botmaster – can supervise the learning of the model. \

In 2000, 2001, and 2004, A.L.I.C.E., won the Loebner prize, which is a contest that was started in 1980 to award computer programs that are the most human-like. The Loebner prize is awarded to the bot that performs the best on the Turing Test. The judges of the Loebner competition have two conversations simultaneously. One with a real person and the other with a bot. The winner of the competition is the one that tricks a judge the highest percentage of the time.

Jabberwacky was developed by Rollo Carpenter in the 1980s and was launched on the web in 1997. It was the first chatbot that tried to incorporate voice interaction. Two versions of Jabberwacky won the Loebner prize in 2005 and 2006. Jabberwacky has undergone continuous development since it debuted on the web. When it launched, it used a similar rule-based approach to previous models, like ELIZA and PARRY. However, in 2008, the model was renamed Cleverbot and updated to include a method for learning without the supervision of a botmaster. Cleverbot can parse and save human responses to questions, and respond similarly if a human asked it the same question.

Mitsuku was developed by Steve Worswick during the early 2000s and first won the Loebner prize in 2013. The model is still actively developed and has won the Loebner Prize in 2016, 2017, 2018, and 2019, making it the most human-like chatbot available. Mitsuku works more like the A.L.I.C.E. It is a supervised learning model, where developers actively tweak the rules to make interactions with Mitsuku more human-like.

Over 60 years ago, Alan Turing predicted we wouldn’t be able to distinguish humans from robots by now. If Turing saw the progress we’ve made, would he be impressed? It’s impossible to know. However, it’s unlikely he would have predicted the market potential of chatbot technology – some expect Alexa sales will be $19 billion by 2021. Products like Alexa, however, are highly integrated, drawing on many other technologies and systems in addition to chatbot software. Alexa falls well short of competing with Mitsuku in carrying out a conversation.

With the growing market for chatbot-driven technologies, there is far more money and interest in chatbot development than just a few years ago. In 2017, Amazon started the Alexa challenge, where teams compete to develop a chatbot that has the best conversation with users. The winners of this challenge receive $500,000, and Amazon tests each model’s ability to converse on Alexa devices.

We’ve made a lot of progress developing bots to beat the Imitation Game, but there is still progress to be made. Based on the growing interest in the field, it’s safe to expect significant progress in the coming years.