Digital Public Goods are the plethora of code, data, descriptions, and other useful digital information available freely for all.

The concept of “open source” doesn’t only apply to code. It’s often used for other shared knowledge, such as AI/ML data sets, hardware designs, and infrastructure or software standards. The term “digital public good” is often used for those kinds of data. If you’ve ever used Wikipedia, you’ve benefited from digital public goods! Just like with open source code, keeping these resources open to the public is beneficial for exchanging knowledge worldwide and promoting collaboration.

Digital public goods are important resources for many people and organizations around the world. Say you’re a data scientist at a nonprofit researching the impact of climate change over time. You could use free data sets from sites like climate.gov to determine temperature changes over time for individual areas, perhaps cross-referenced with demographic, economic, and population data from the U.S. Census Bureau. 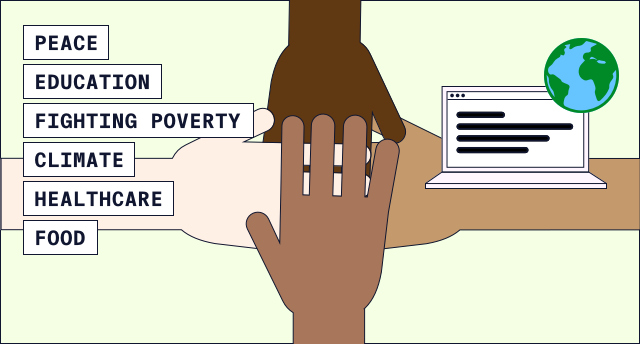 As mentioned, the first digital public good many of us reach for often is Wikipedia. Wikipedia hosts several distinct examples of open source digital public goods: Article contents are visible to and even editable by the public! Wikipedia’s source code is open source. Wikipedia’s community and moderation standards are visible online as reference both for its users and to help guide other, similar efforts. The United States government maintains several frequently referenced datasets such as the climate and census data mentioned earlier. Other important digital public goods are listed on the Digital Public Goods Alliance website.

Now that you’re familiar with open source and digital public goods, a great next step would be to check out some of those highlighted projects and consider getting involved with any that are in your area of interest. Have fun!