Normally we would want to use all the data we have available to us to perform our DID model. However, that type of analysis can be complex. To keep things simple, we are going to focus on a 2x2 analysis for our student wage data, which means we will look at differences in average wages from the year before the law went into effect (2016) and the year after (2017). 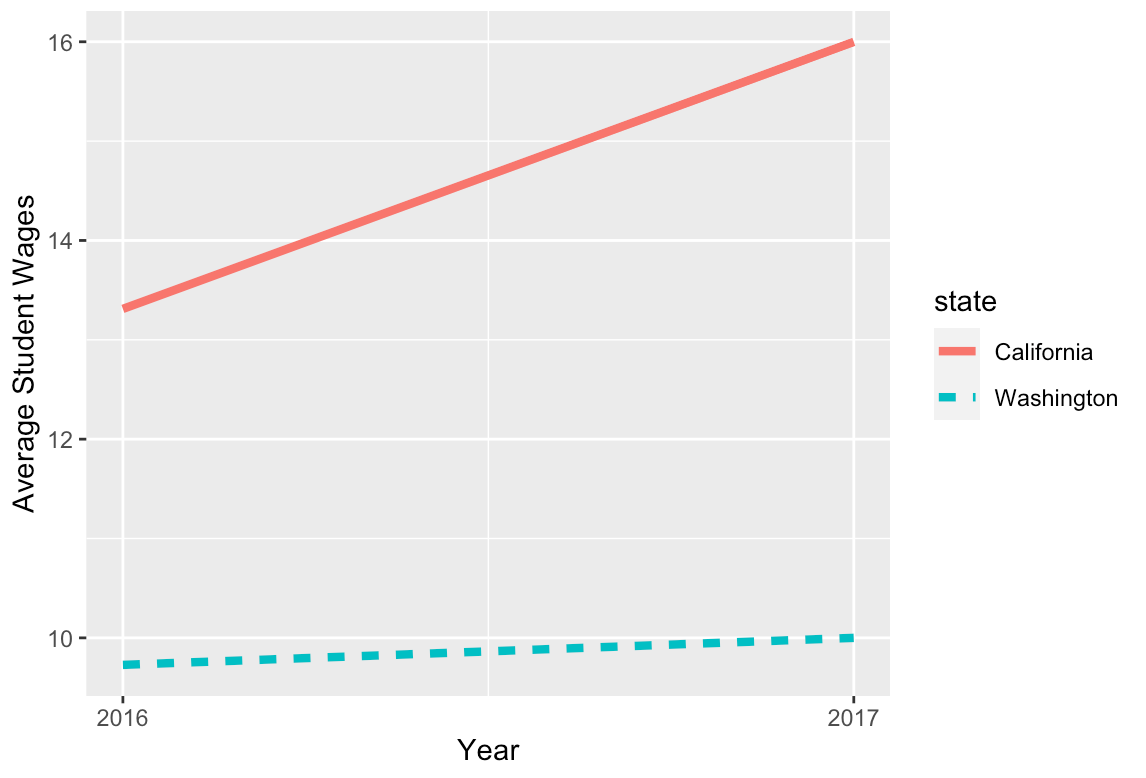 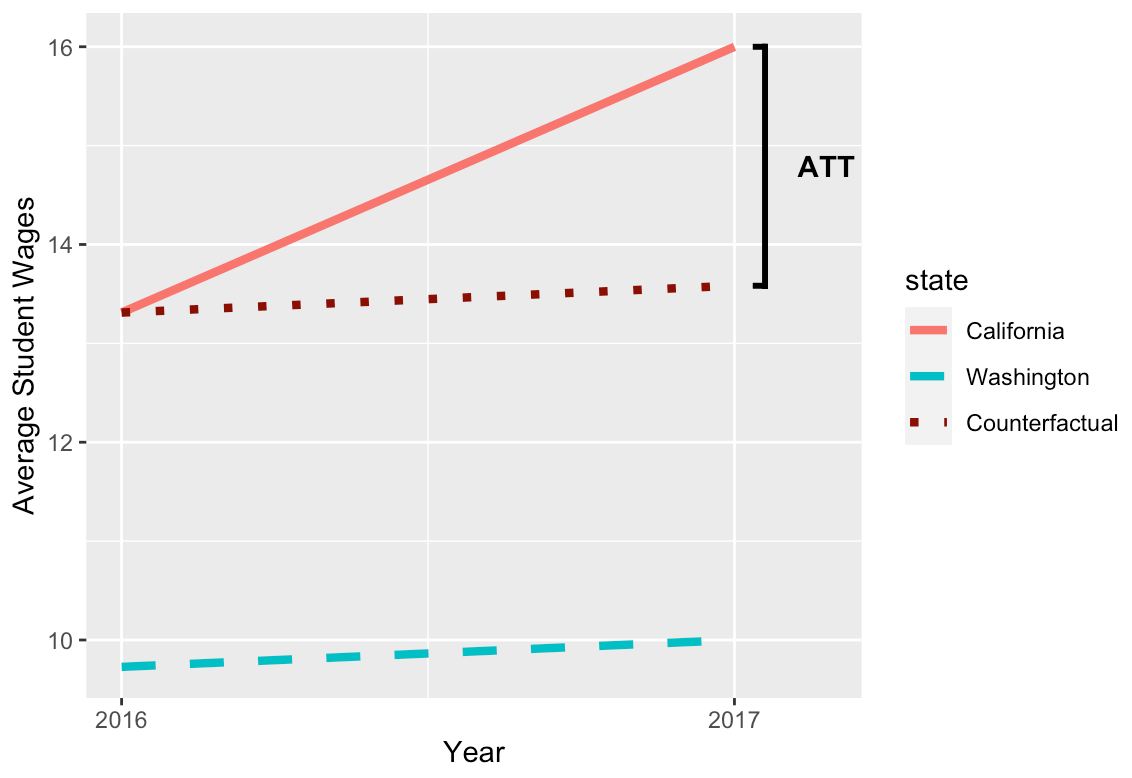 A new dataset called tickets2 that only includes the data from 2018 and 2019 has been created for you in notebook.Rmd. Uncomment and run the code in the workspace to view a plot of average tickets sales for Sydney and Toronto in those two years.

Based on the plot, consider the following: