While references are a newer mechanism that originated in C++, pointers are an older mechanism that was inherited from C. We recommend avoiding pointers as much as possible; usually, a reference will do the trick. However, you will see pointers a lot in the wild, particularly in older projects, where they are used in a very similar way to references.

So suppose we have a variable called gum:

We can create a pointer to it by:

So now ptr has a value of gum‘s memory address. 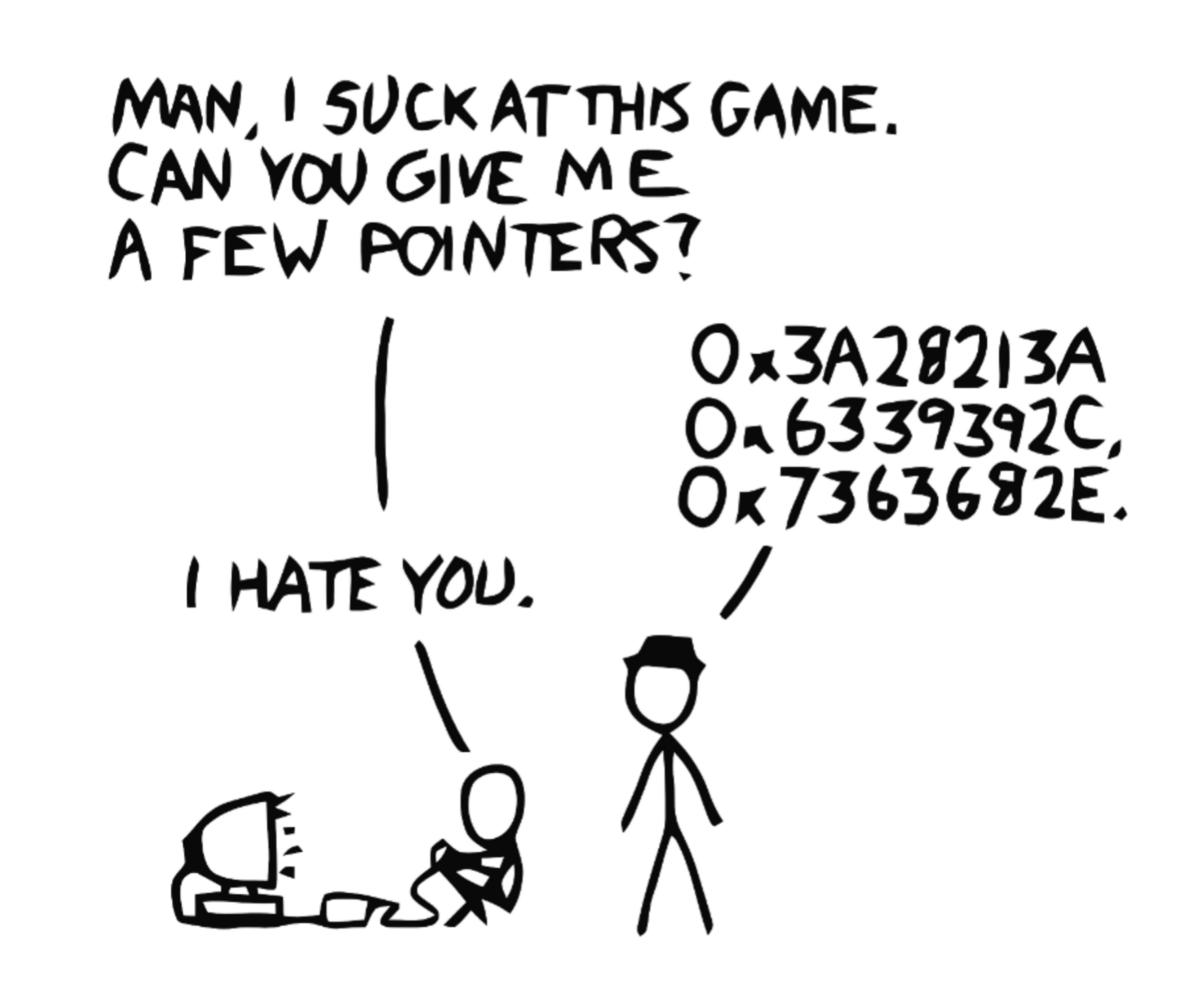 Note: Syntactically, spaces around * do not matter, but the best practice is to have it after the data type.

In the code editor, we have already declared and initialized a variable called power.

Create a pointer called ptr that points to the memory address of power.