We can both declare and assign a value to a variable in a single initialization statement.

Suppose we have these two lines:

We can actually combine these two lines into a single line of code:

This means we are declaring an integer called score and setting it equal to 0. 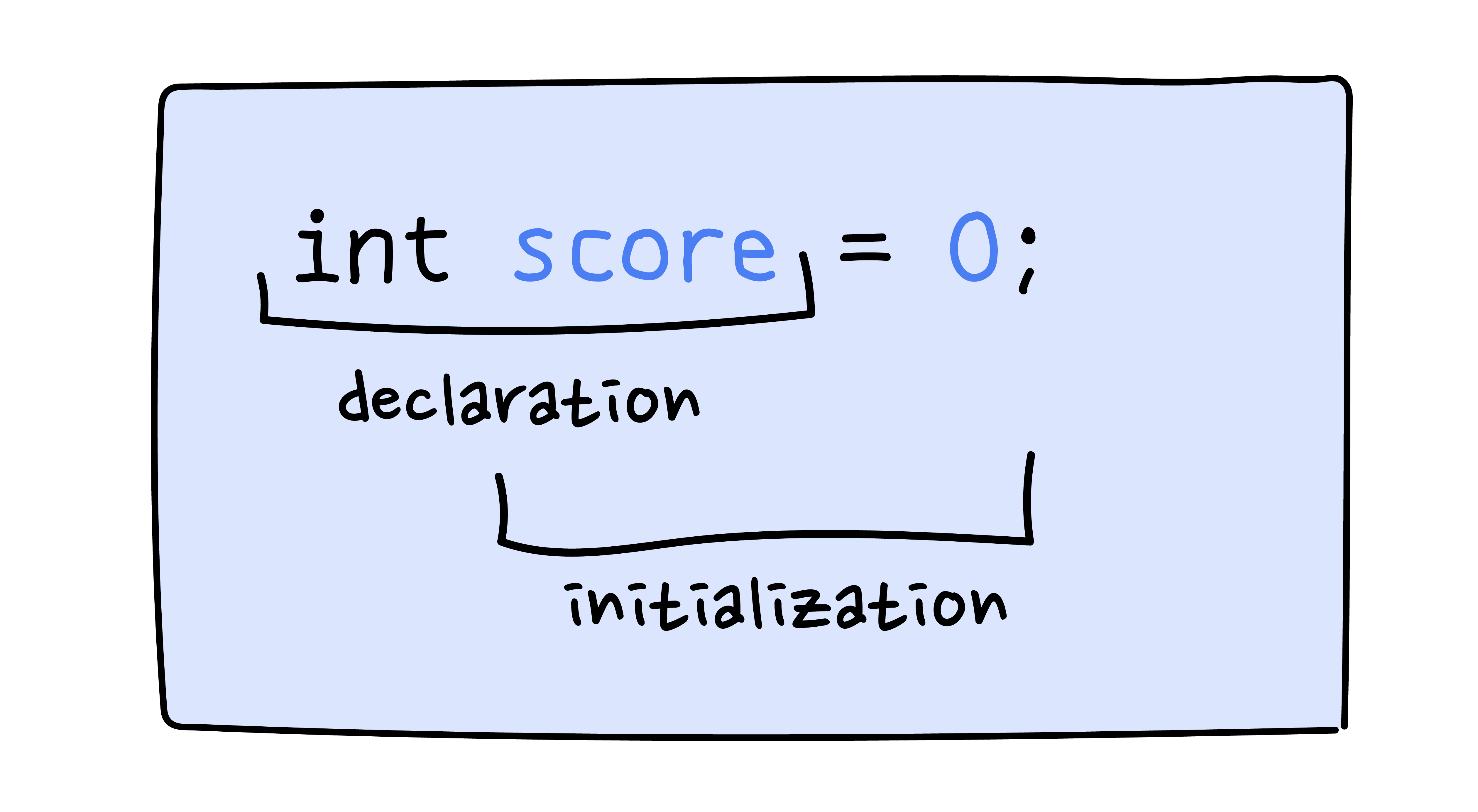 Note: We only need to declare a variable one time! And it is highly suggested to initialize a variable before using it later.

Type the following commands in the terminal and press enter: