Fonts can also be added using a @font-face ruleset in your CSS stylesheet instead of using a <link> element in your HTML document. As mentioned earlier, fonts can be downloaded just like any other file on the web. They come in a few different file formats, such as:

The different formats are a progression of standards for how fonts will work with different browsers, with WOFF2 being the most progressive. It’s a good idea to include TTF, WOFF, and WOFF2 formats with your @font-face rule to ensure compatibility on all browsers.

Let’s take a look at how to use @font-face using the same Roboto font as before: 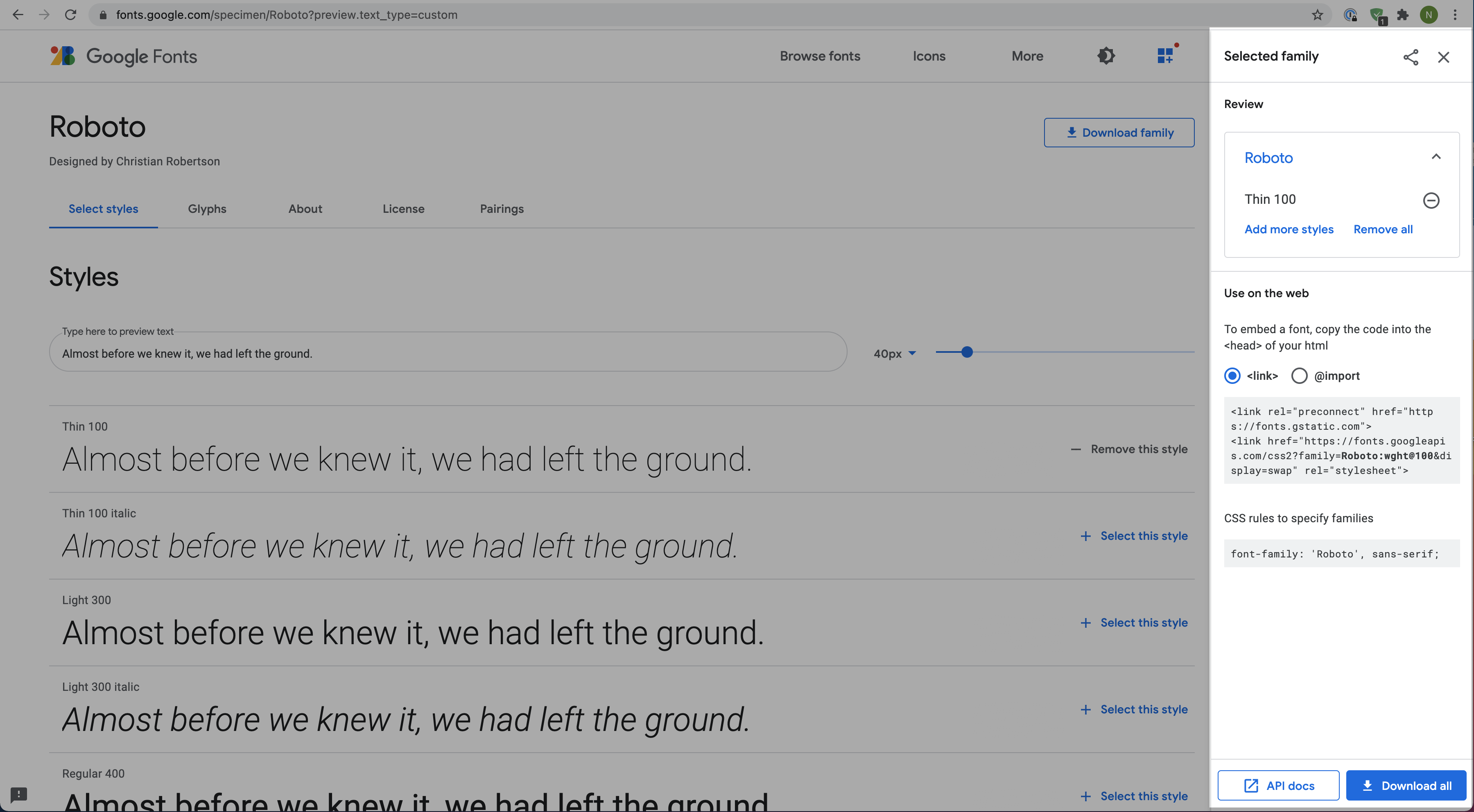 Within the “Selected Families” section, you can use the “Download” button to download the font files to your computer. The files will be downloaded as a single format, in this case, TTF. You can use a tool such as Google Web Fonts Helper to generate additional file types for WOFF and WOFF2.

When you have the files you need, move them to a folder inside your website’s working directory, and you’re ready to use them in a @font-face ruleset!

Let’s take a look at the example above, line by line:

Once the @font-face at-rule is defined, you can use the font in your stylesheet!

At the top of style.css, create a @font-face ruleset and give it the font-family property and 'GlegooBanner' as its value.

Inside the .banner p ruleset, add a declaration that sets the font family to 'GlegooBanner', with a font size of 20px.

Press “Run” to see the changes in the browser.