Now let’s review how to modify elements in a normal array.

For a one dimensional array, you provide the index of the element which you want to modify within a set of brackets next to the variable name and set it equal to an acceptable value:

To assign a new value to a certain element, make sure that the new value you are using is either of the same type or is castable to the type already in the 2D array.

Let’s say we wanted to replace four values from a new 2D array called intTwoD. Look at this example code to see how to pick individual elements and assign new values to them.

Here is a before and after image showing when the 2D array was first initialized compared to when the four elements were accessed and modified. 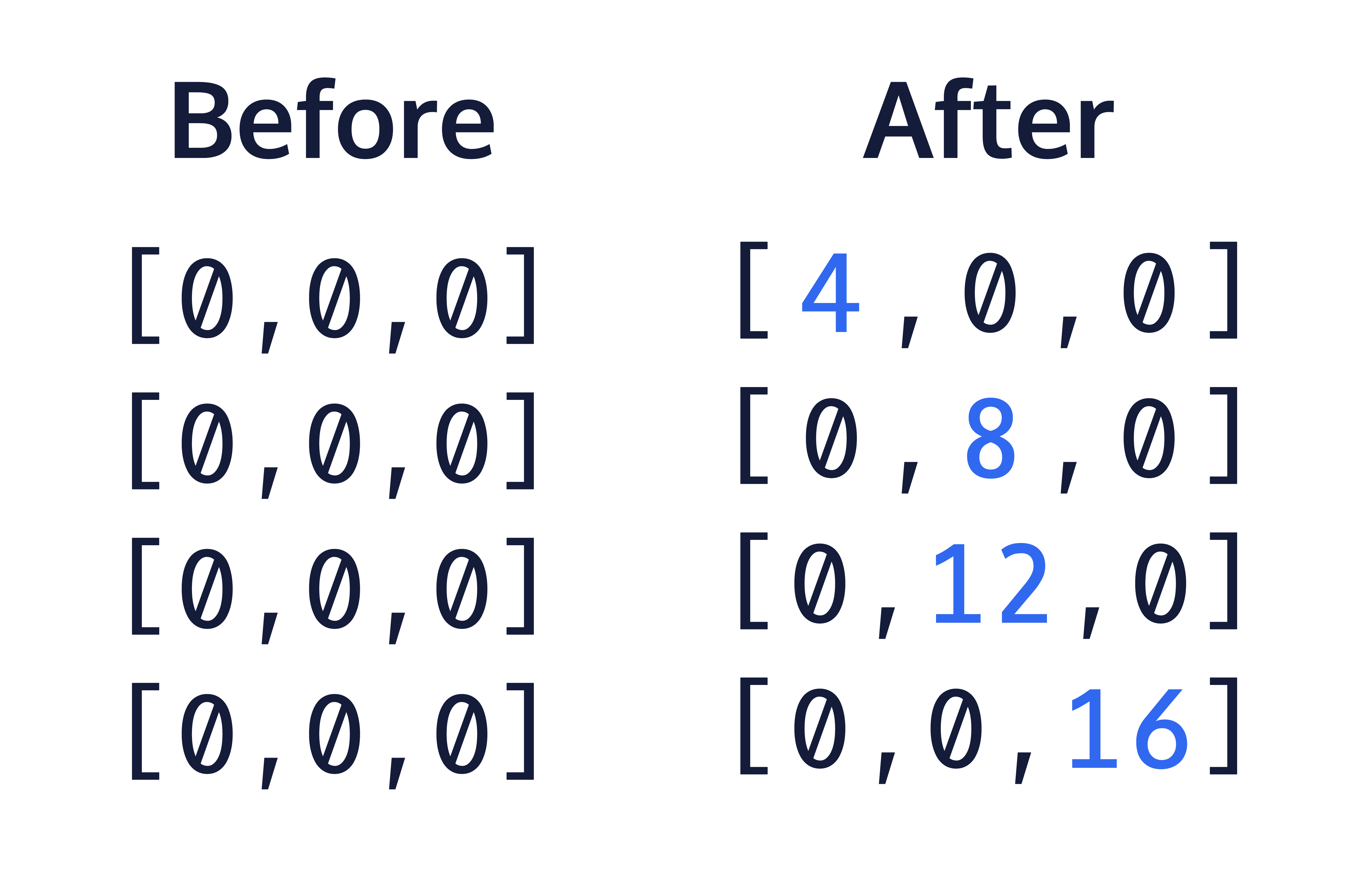 Again, feel free to print the matrix to confirm you changed the correct number. To print a 2D array, use

Using 4 lines of code, multiply each of the elements in the 2x2 top left corner of intMatrix by 5 and store the results in the subMatrix you created. Notice how we have to write a similar line of code 4 times. Afterwards, uncomment the provided print statement to see the result. In the next exercise, we’ll start looking into how to use loops to make this process quicker.