Congrats you’re in the red!

The red error messages describe the failures of our implementation code, so we can specifically address each issue that is preventing our test from passing.

Let’s look at the error message from our Phrase.initials() example in the last exercise:

The error tells us that Phrase is not defined. This is because we have not created an object named Phrase yet. Let’s do that now:

When we run our test again the error would look like this: 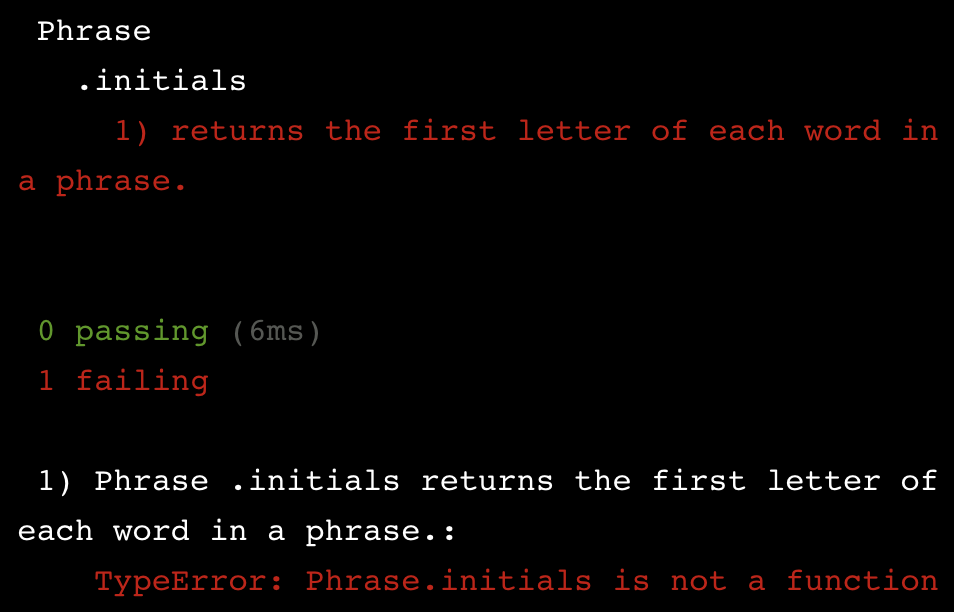 We’re still in the red, but we have a new error. The error says that Phrase.initials is not a function. That’s because we haven’t added an .initials method to the Phrase object. Let’s do that now:

Now when we run our test we get the following error: 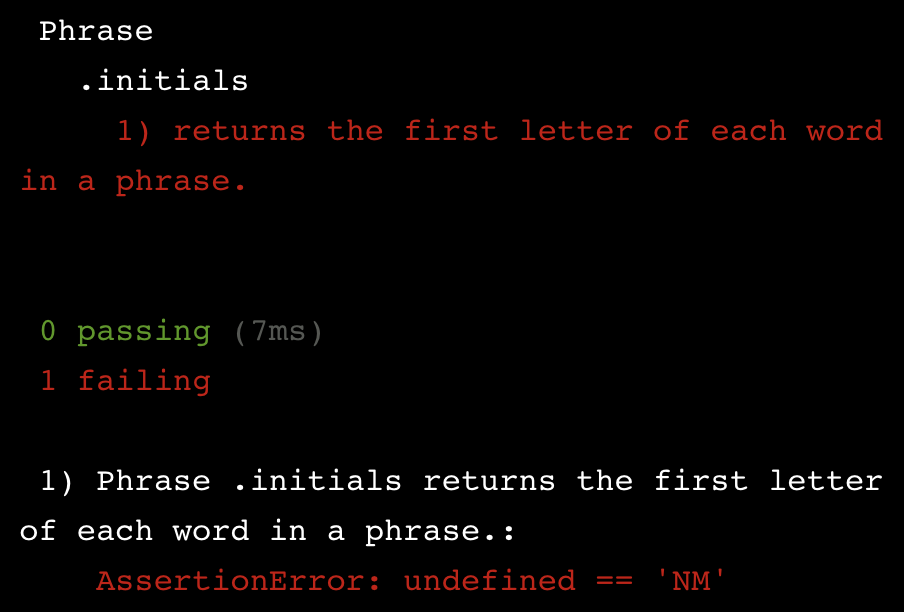 This is the first error that is referencing the actual behavior of the .initials method.

We expected the result of passing Nelson Mandela to Phrase.initials() to be NM, but the actual result was undefined. This is because our method has not been programmed to return anything.

The minimum possible implementation code to make the test pass:

Now our test would pass and we would be in the green. But that doesn’t mean our method is working as intended. If we entered “Jody Williams” our method would return ‘NM’, not ‘JW’. We will address this issue when it is time, but following TDD, now that we have progressed from the red to the green, we will move into the refactor phase.

Go to your index.js file and above the line of code that is exporting your implementation code, create an empty object named Calculate.

Then run the test suite in your terminal using npm test. Notice the error — you get that .sum() is not a function as an out of the box error message.

Inside your Calculate object, add a .sum() method that takes one argument.

Run the test suite again in the terminal. You should now get an AssertionError.

Address the AssertionError in the terminal by making .sum() return the same value as the expected result you defined in your test.

Run the test suite. Your test should pass!