When we use the red, green, refactor cycle, we:

As you learn TDD, it may feel backward to intentionally write and run code that will return errors. In TDD we react to the error messages by continually re-writing our implementation code so it behaves in the way that our test specifies.

Imagine you were trying to create a method named .initials, inside of an object named Phrase.

The desired behavior of .initials() is that it should return the first letter of each word in a phrase that is passed to it as an argument.

Before running our test, we would use an assert statement to compare the desired result of our method with the actual result.

The first step in developing this method would be writing a test that could look like this:

If we ran this test we would get the following error message in the terminal: 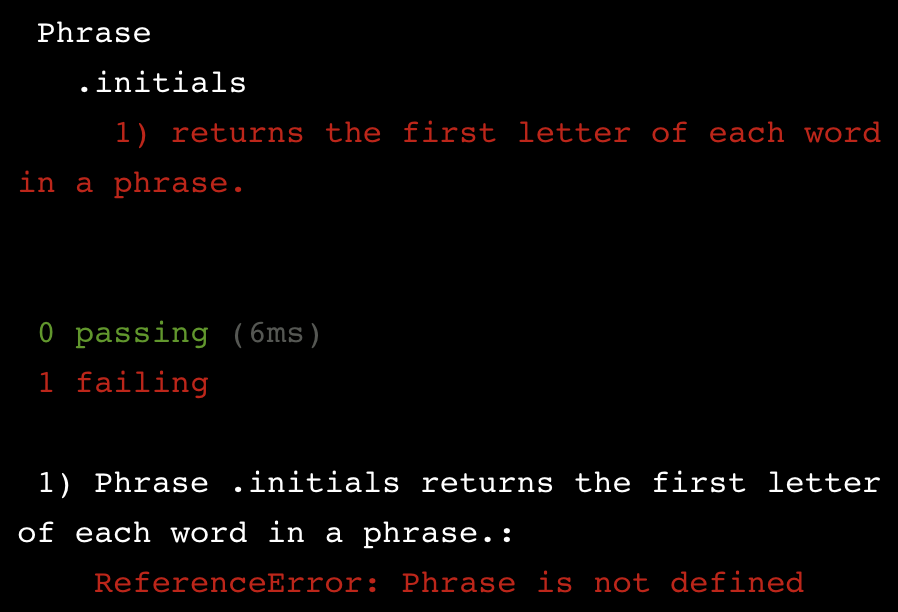 When using npm test in the terminal, the test should fail since Calculate.sum hasn’t been defined yet.