Skip to Content
Learn
Drawing and Coloring Shapes with p5.js
Circle and Ellipse

The next shapes that we’ll look at are some of the most popular shapes in modern architecture—ellipses and circles! 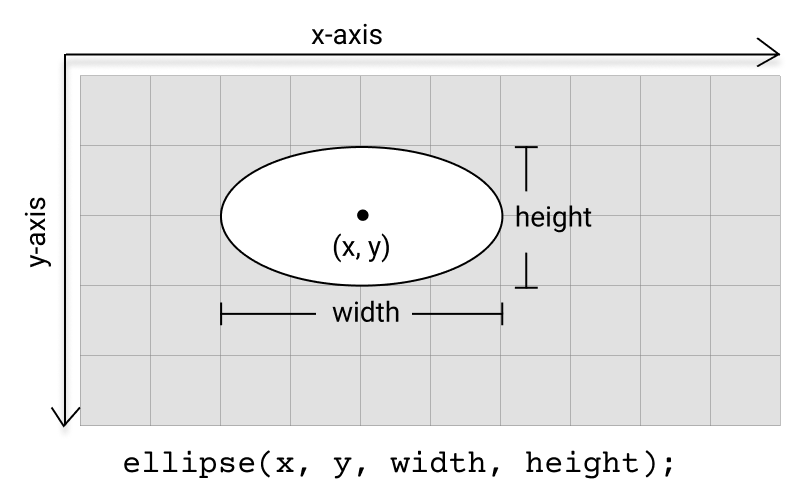 A circle is a special case of ellipse where the height is equal to the width of the circle. The circle() function has three parameters: the x and y coordinates for the center, and the width, or the diameter of the circle.

The way that the parameters for the circle() and ellipse() functions are interpreted can also be changed with the ellipseMode() function, which will be covered in detail in the Grouping and Transforming Shapes lesson.