Log in from a computer to take this course

You'll need to log in from a computer to start Learn p5.js. But you can practice or keep up your coding streak with the Codecademy Go app. Download the app to get started.

scale() is another function that transforms the p5.js coordinate system. As shown in the image below, you can see that the scale() function changes the size of the coordinate system as well the elements placed on it.

Notice how the size of the shape’s strokes also gets larger. This is because scale() enlarges the whole p5.js coordinate system, not just the shape. In a sense, the scale() function is like zooming in and out of the canvas.

The scale() function can take two arguments but must have at least one to represent the percentage amount for scaling the canvas. Scale values are written in decimal percentages. For example, scale(2.0) multiplies the size of the coordinate system and all of its elements by 200%. The default scale for the p5.js canvas is 1.0 or 100%.

Let’s take a closer look at the syntax above:

Similar to the rotate() function, if you want to scale a shape from its center, you would need to set the origin point of the shape to CENTER. In the image below, you can see the difference between scaling from a shape’s CORNER versus its CENTER. 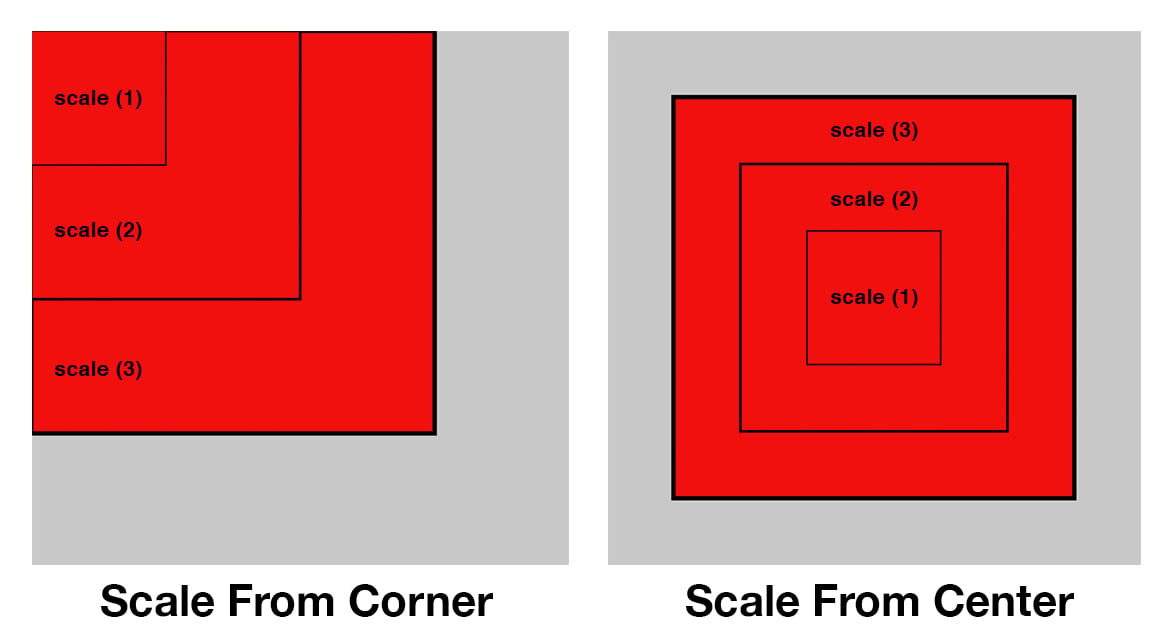 Above the second rect() function, scale the rectangle up by a value of 4. This means it will scale up by 400%.