Both ways would change the position of your shape, but the main difference is that instead of moving the shape itself, the translate() function moves the entire sketch’s coordinate system to the new position specified within the parentheses. 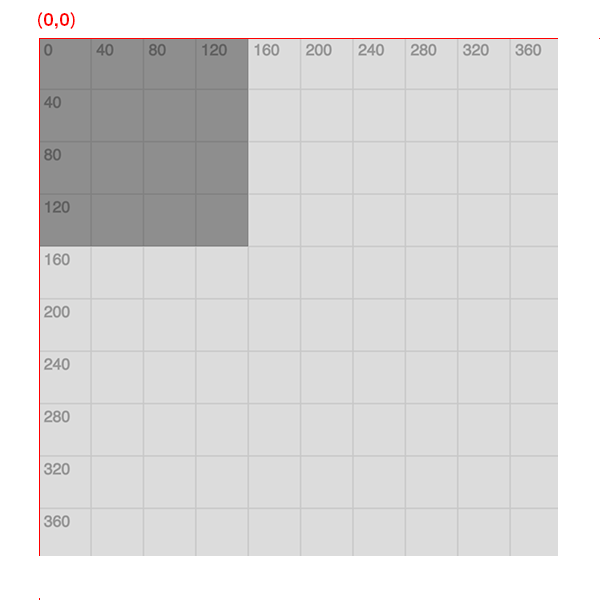 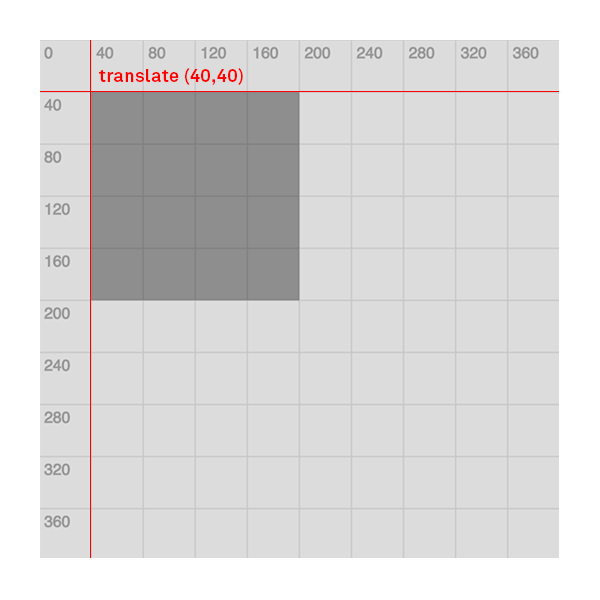 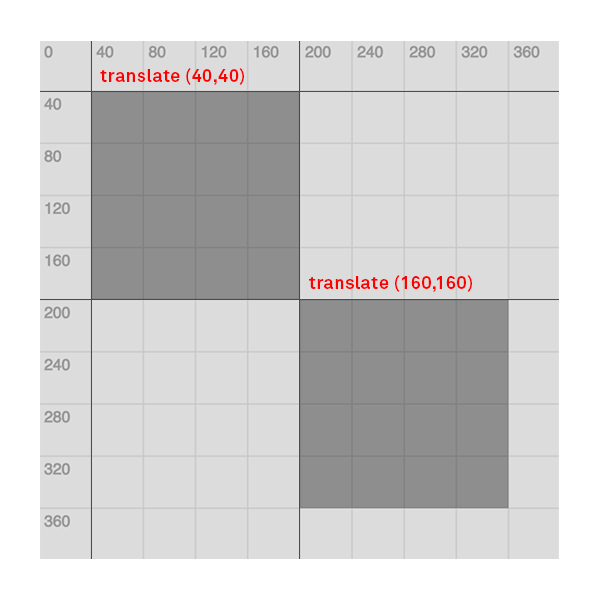 The main benefit of the translate() function is that the shapes become independent of the position. This means that you can reuse the code for a shape multiple times to be drawn in various locations without having to assign new x and y variables for the shape functions.

Above the first rect() function that has a width and height of 360 pixels, translate the shape by 60 pixels right and 60 pixels down.

Right above the second rect() function that has a width and height of 180 pixels, translate the shape to be 60 pixels right and 60 pixels down.

Notice how the second rectangle is not in the same location as the first rectangle, even though both rect() functions have the same x and y positions.