Before we teach you how to add aesthetics specific to a geom layer, let’s create our first geom! As mentioned before, geometries or geoms are the shapes that represent our data.

In ggplot, there are many types of geoms for representing different relationships in data. You can read all about each one in the layers section of the ggplot2 documentation. Once you learn the basic grammar of graphics, all you’ll have to do is read the documentation of a particular geom and you’ll be prepared to make a plot with it following the general pattern. For simplicity’s sake, let’s start with the scatterplot geom, or geom_point(), which simply represents each datum as a point on the grid. Scatterplots are great for graphing paired numerical data or to detect a correlation between two variables.

The following code adds a scatterplot layer to the visualization:

In the code above: 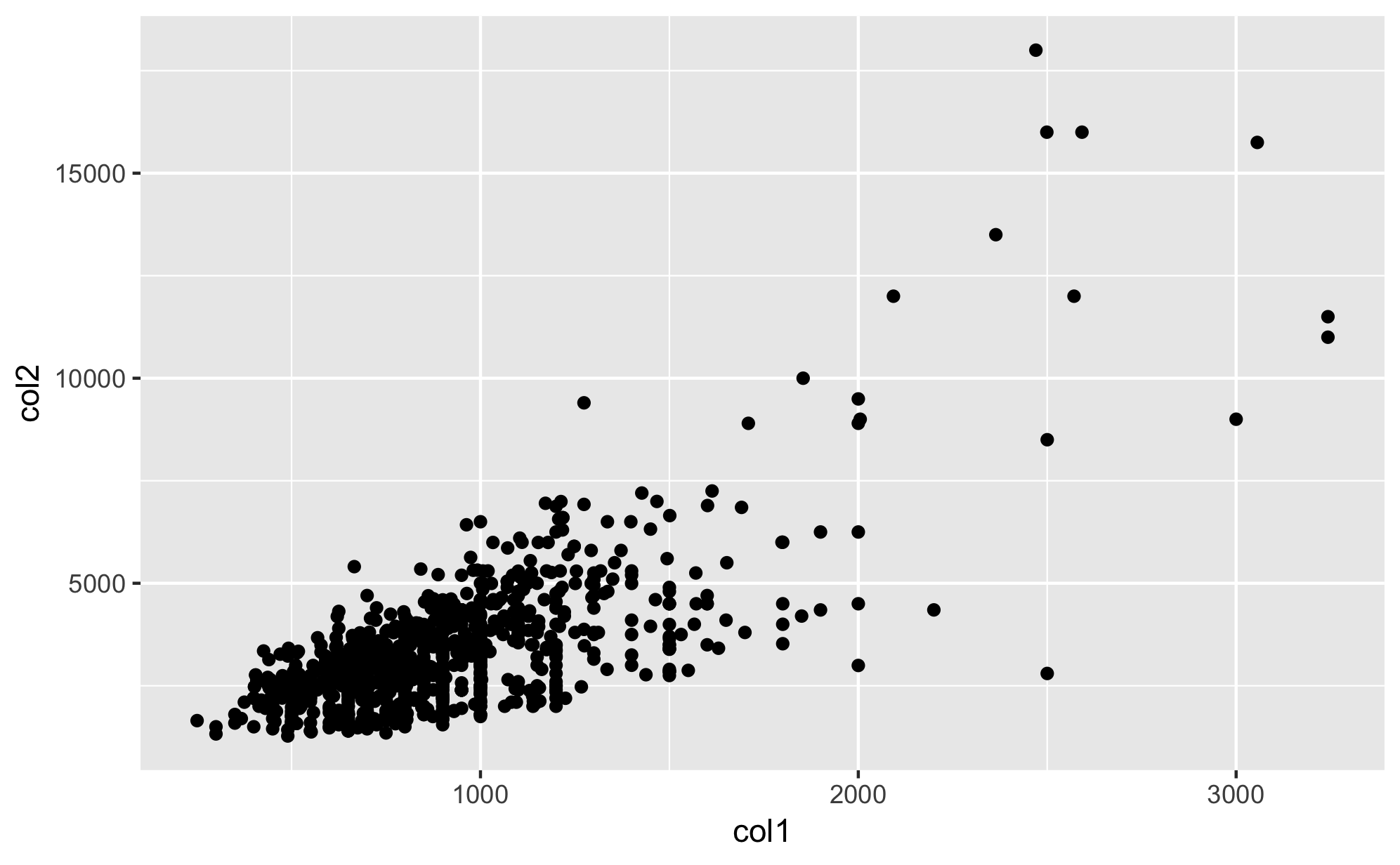 Another popular layer that allows you to eye patterns in the data by completing a line of best fit is the geom_smooth() layer. This layer, by nature, comes with a gray error band. You could add a smooth layer to the plot by typing the following: 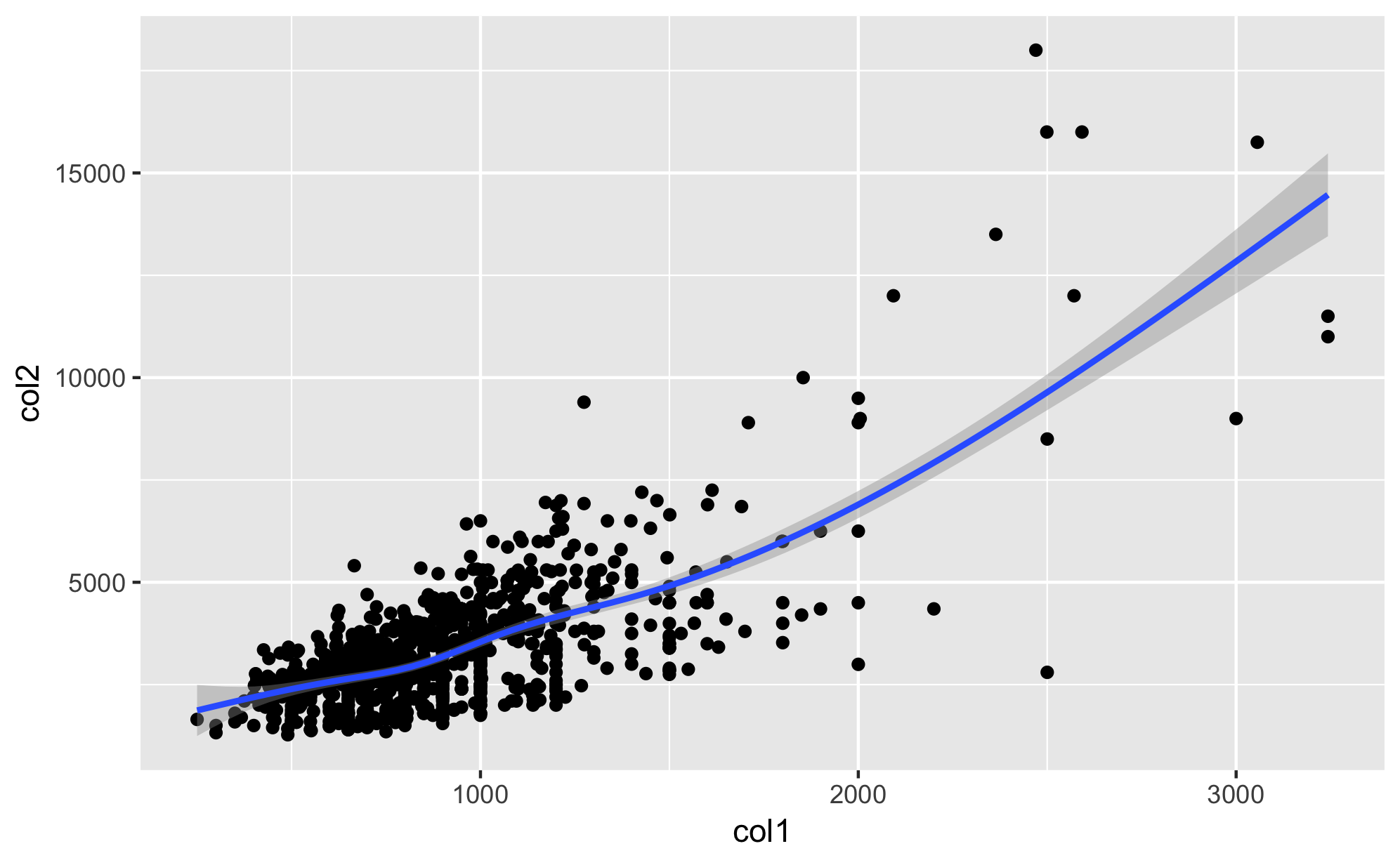 Add a scatter plot of the data to the viz ggplot object by using the geom_point() layer.