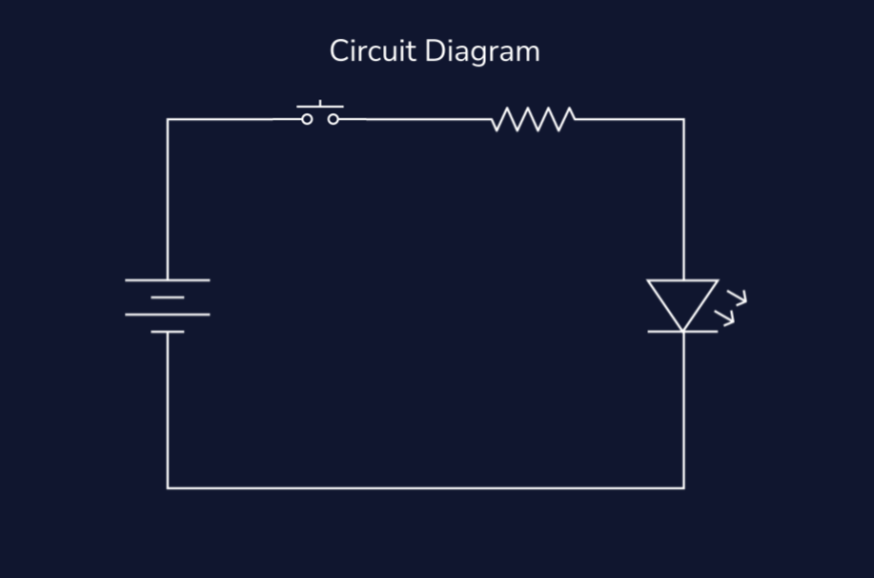 Moving to the workspace, we see an implementation of the pushbutton LED circuit.

A button, a 330Ω resistor, and a red LED are then connected together as the load of the circuit.

Let’s say the red LED has the following characteristics:

Using the forward voltage of the LED and 330Ω as the value of the resistor, let’s calculate the actual current through the circuit:

Even though the LED has a forward current of 0.02A, our current limiting 330Ω resistor has brought the current in this circuit down to 0.0045A! Why is that?

The higher value resistor is recommended to avoid damaging the Raspberry Pi circuit components. The Raspberry Pi can not provide a lot of current (0.02A might be too high!) To be safe we used a larger resistor value and in return, we will get a slightly dimmer LED.

This circuit controls the state of the LED. When the pushbutton is pressed, 3.3V is applied to the circuit, a current flows, and the LED is lit.

Controlling the LED state is exactly what we will accomplish using the output pins in the rest of this lesson.