In a previous exercise, we applied Ohm’s law using a circuit with a single resistor as the load. In this lesson, we will look at a load that consists of two components: a resistor and an LED. 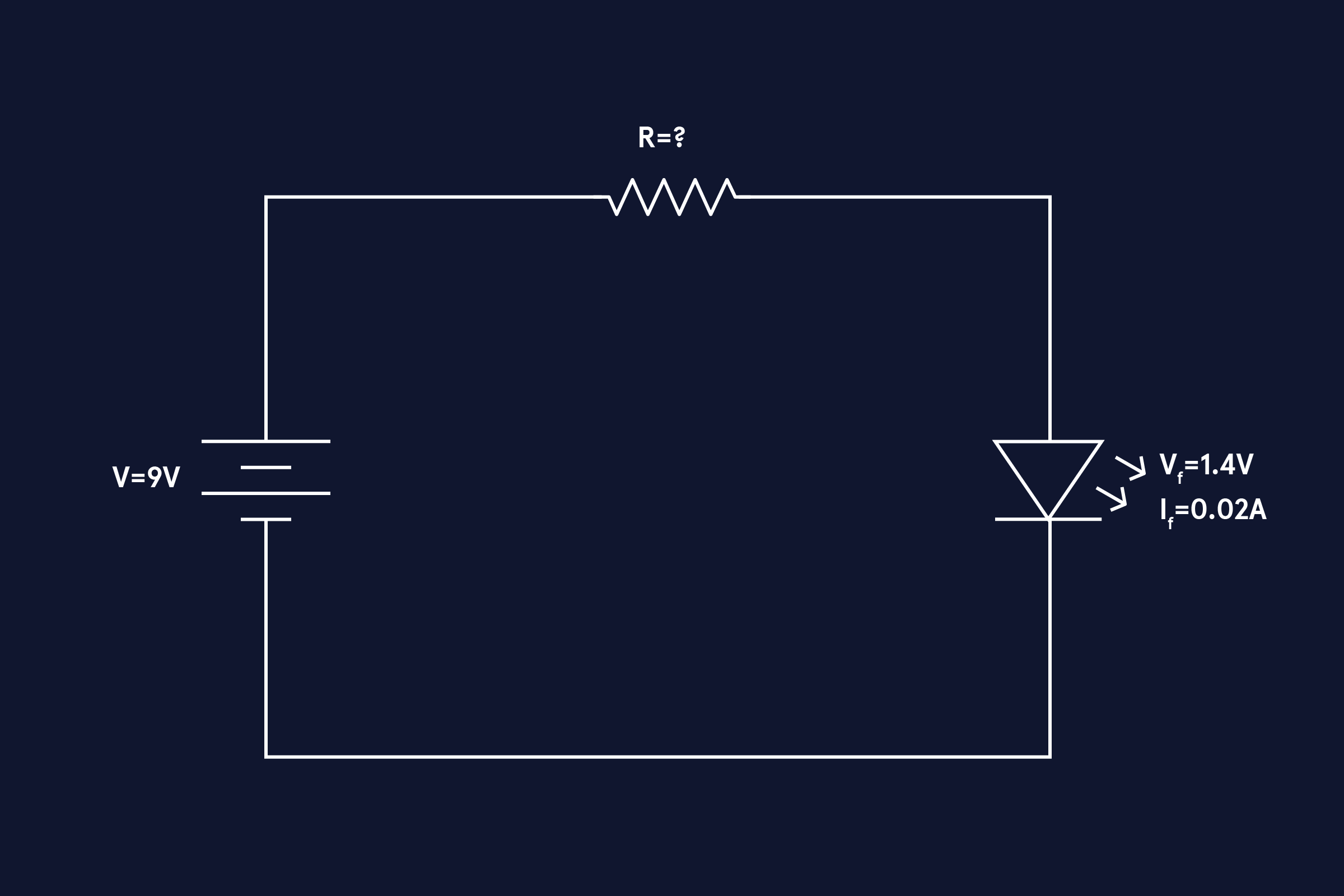 The circuit above has an LED with a forward voltage (Vf) of 1.4V which is smaller than the source voltage (V) of 9V. To address this difference in voltage, a resistor is placed in the circuit to share some of the applied voltage.

The goal now is to find the value of the resistor that will share the right amount of voltage and induce the necessary current.

Before we get into the math, we first need to cover two rules of this circuit:

Now let’s plug in the numbers using rule 1: The sum of the voltages in the load will equal the voltage source

Using thi answer from the previous equation and circuit rule 2 we now have enough information to apply Ohm’s Law:

Review the values for the circuit in the workspace.

What are the given values of the voltage source and the LED forward voltage?

Put your answer in Question 1 in the file answers.

Using the given voltages and rule 1 from the narrative, calculate the voltage across the resistor, Vr.

Put your answer in Question 2 in the file answers.

Use rule 2 from the narrative to get the current through the resistor, Ir.

Put your answer in Question 3 in the file answers.

Use Ohm’s law to calculate the resistance, R.

Put your answer in Question 4 in the file answers.