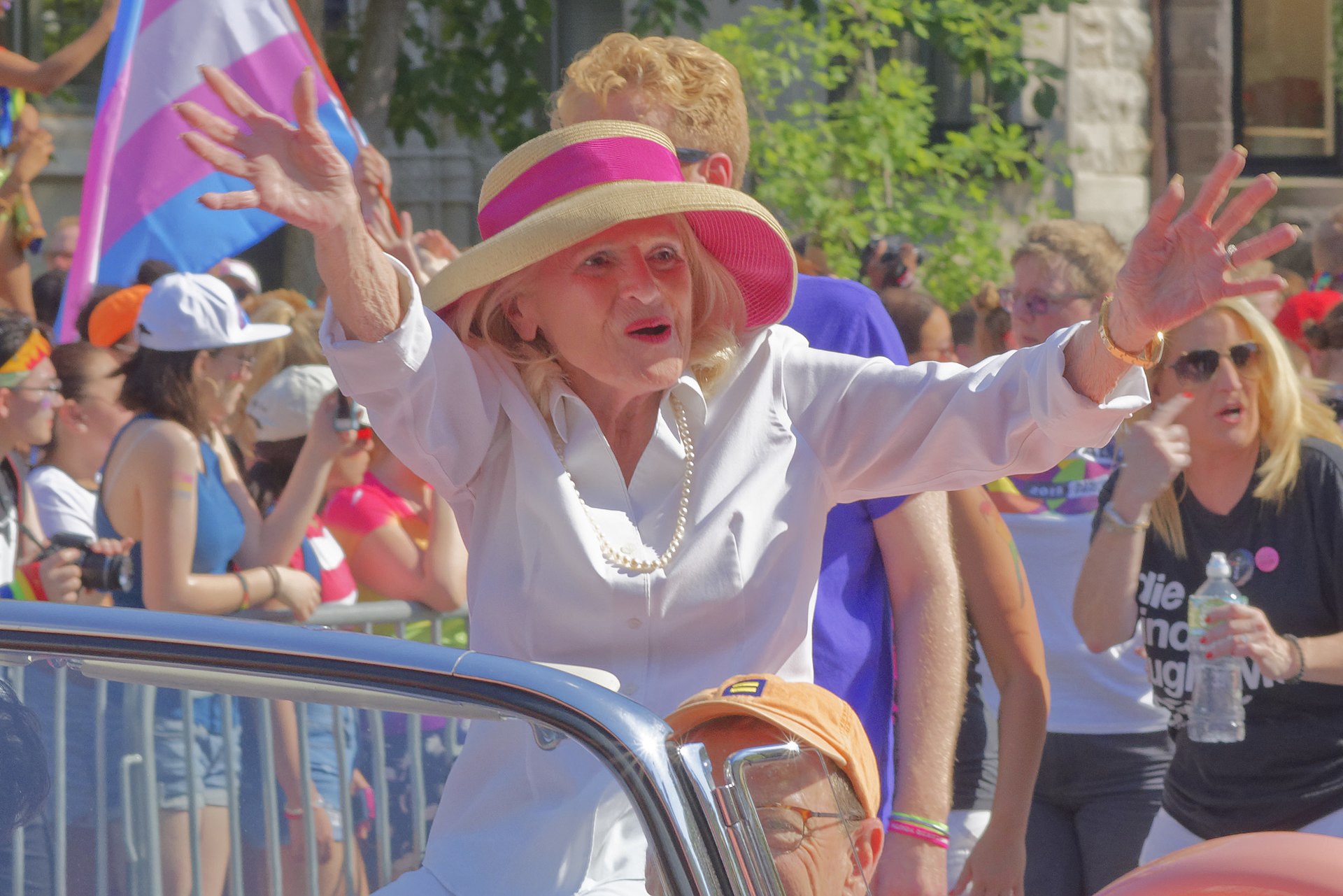 Edie Windsor was a technology manager at IBM as well as a renowned LGBTQ+ rights activist.

At IBM, Windsor mainly focused on systems architecture as well as the implementation of natural language processes and operating systems. She ended up leaving IBM after reaching the highest possible technical title and 16 years at the company.

Edie Windsor played a major role in getting the US to recognize the legitimacy of same-sex marriages. When her wife died in 2009, Edie was forced to pay 363,000 dollars in taxes on her wife’s inheritances and estate. If her marriage was recognized as valid, Windsor would not have had to pay federal tax.

She decided to challenge the tax in court in 2010. Windsor ended up winning in the Supreme Court in a landmark case. Following the ruling, same-sex couples could now:

As the image to the right suggests, Edie became known as a hero right after the ruling!