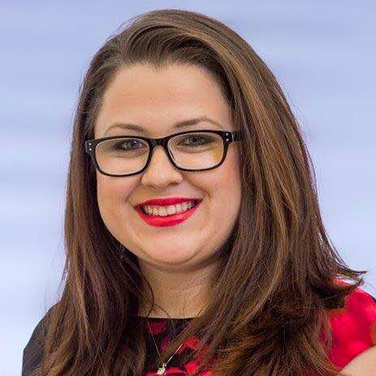 Use Code to Leverage Your Next Career Promotion

How did you get started with coding?

As a working mom of two wanting to further my career, Codecademy was perfect for me. I’ve always been drawn to the world of coding but was intimidated by my lack of professional training. I was good at other things like math, music, and spoken languages that gave me enough confidence to give coding a real try.

Because I learned foundation SQL using Codecademy as well as JavaScript, CSS, and HTML, I received a $10,500 raise within 6 months of my first day of subscription!

What were your goals and how did you stay motivated?

I wanted to be a full-time coder. So, I started my subscription that day and within one hour I knew I made the right choice. I completed the first few lessons immediately and I knew that soon, I would realize my goal.

I practiced coding in my spare time, almost everyday and built up my skills before I took my boss the idea of me being a full-time coder.

What have you accomplished with your skills?

I was able to use Codecademy to learn more than enough to get promoted from a Program Manager to a Data Analyst. This means 90% of my time is spent writing code and learning other languages too! If it weren’t for Codecademy’s easy to use platform, I’d probably be in my old job. Codecademy enabled me to learn quick lessons between calls, on my lunch break, while multitasking. It was fun and easy and I went from 0 coding skills to a promotion within 6 months.

What was the most challenging part of your coding journey?

With two kids at home, the biggest challenge was finding the time to study. I kept convincing myself that something else was higher priority, but eventually I just looked at my resume and said within the next six months I want a new title and a nice raise!

The second thing was: believing in my ability to actually make this happen. I kept making up an imaginary excuse…I just thought I wasn’t smart enough for something that seemed only hackers should know how to do. I realized what a silly disservice I was doing myself and just signed up.

I figured the risk was low at the monthly cost that if I found I wasn’t smart enough I could just move on. But what I learned is that anyone can code! It isn’t rocket science, it’s just falsely intimidating. You can do it, just believe in yourself.

What advice would you give to aspiring programmers?

Whatever your hesitation is––figure it out.

Learn several languages and keep yourself in-demand. And I don’t think you should wait to find a job––network with people and companies that might like your background. Start talking to the IT department in your company. Chances are they are overworked and can have you work a low-priority project. This gives you legitimate work experience my friend!

Be honest with yourself and ask why you want to learn to code and also why you aren’t already learning!

See the courses and languages that helped them most.