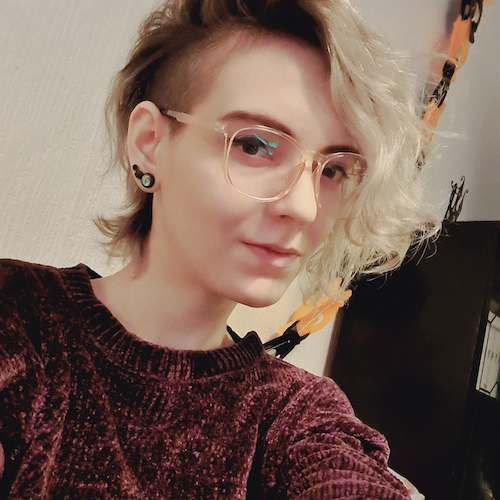 What inspired you to learn to code?

I always had an interest. I wanted to do an advanced qualification in programming, but it didn’t fit with my other choices, so I chose something else — which I always regretted a little.

I decided to just go for it and started learning February 2020, as I was considering my career options and decided it was time for a change.

I signed up to Codecademy to see if it was something I actually enjoyed and haven’t looked back!

How has coding impacted your life?

I managed to get myself a job as an Apprentice Software Developer after just six months of using Codecademy Pro.

I’m much happier and enjoying my work much more now. I enjoy puzzles and working things out, so I get a lot of satisfaction from being able to solve problems for a living!

There's a really supportive community out there, so you're never stuck for long.

I’d love to work on something where I can do something different every day. I really enjoy trying new things and feeling like I’m learning something as I work, so variety is important to me.

If the project was making a difference to others as well, then that’d just be perfect.

It’d be great to work on something similar to Codecademy or some of the Raspberry Pi [a credit card-sized computer] stuff where I could help others get into coding too!

Any advice for those who are new to coding?

Don’t be scared to jump in. It’s not as complicated as it looks.

There’ll be a few bumps where you come across a concept that just won’t click at first, but you’ll get there — the satisfaction when it all suddenly makes sense is so worth it!

Don’t get too caught up in the ‘best’ language or place to start either. If you can learn one language, then those skills are very much transferable — speaking as someone who has been bounced around between a lot of different languages over the last year!

When you’re not coding, what do you do for fun?

See the courses and languages that helped them most.