From an app that connects you to Black hair stylists to an investment app for kids, these innovative apps are useful for BIPOC individuals and allies, and also address issues that disproportionately affect the Black community. Taken together, the apps are proof that you can use coding to address systemic issues and make a difference.

Here are seven Black-owned apps that are inspiring us:

Kaya Thomas wanted to make it easier for young people to find books written by people of color and featuring main characters and authors who look like her. So, she built We Read Too, a mobile database with hundreds of picture, chapter, middle grade, and young adult books.

Thomas has lots of professional experience developing apps (she worked as an iOS engineer at Calm and Slack, and has a degree in computer science from Dartmouth), but she clearly remembers the a-ha moment when the power of coding clicked. “Once I realized that anyone can create an app, it was a huge moment for me to understand that I can build real things that people can use and put it out for them to be able to access,” she told Apple.

“Technology can sometimes seem like such a black box, this magical thing,” Thomas said in the Apple interview. “But once the veil was ripped away, I realized I could build something that could potentially solve problems.”

Learning to code can be frustrating — here are some common obstacles that beginners encounter, with advice about how to overcome them.

Why we love it: There are more than 900 titles on We Read Too, but if you see one that’s missing, you can easily send suggestions through the app.

Download We Read Too from the App Store and Google Play.

In charge of picking the next restaurant for date night? Consider checking EatOkra, a database for Black-owned restaurants, cafes, food trucks, and eateries around the country. The app EatOkra was founded by Anthony and Janique Edwards, a couple who wanted to discover Black-own eateries in their own neighborhood in Brooklyn.

Edwards worked as a software developer and always wanted to build his own app. “But most importantly, I wanted to gain new skills for the next development job down the road,” Edwards told Travel Noire in June. “So what’s better than building a product that people are using?”

It took Edwards 14 months to build and launch the app, but word spread quickly about the app. In 2020, as people prioritized shopping at Black-owned businesses in the months following the death of George Floyd and the Black Lives Matter protests, EatOkra saw a 4000% spike in users, the founders told MarketWatch. The app now has more than 400,000 users.

Why we love it: Beyond promoting brick-and-mortar restaurants, EatOkra also keeps you posted about local events, like Black food festivals, brunch parties, and grand openings.

Download EatOkra from the App Store and Google Play.

Listening to a guided meditation through an app is one of the easiest ways to learn how to meditate, but finding a platform or instructor that fits your specific goals and vibe can be a challenge. That’s why Julio Rivera created Liberate, a meditation app led by BIPOC teachers and designed for the Black experience.

Rivera, who identifies as Black and Latinx, was a computer programmer working at Priceline.com when he decided to expand on his knowledge and learn to build apps. “I self-taught myself how to build iPhone apps with the kind of background in programming,” Rivera told Remezcla. “It was pretty straightforward.”

As someone with an avid meditation practice, Rivera was eager to share the benefits of mindfulness with a broader community. “When I realized that there was not a lot of resources out there for folks of color, it was like, ‘Well, of course I can build something, and not only to help my own practice selfishly but the practice of others,’” he told Remezcla.

Why we love it: The meditation sessions on Liberate address nuanced issues related to race, like coping with microaggressions, healing from racial trauma, and finding community.

Download Liberate from the App Store and Google Play.

Most 8-year-olds don’t ask their parents for investment accounts for their birthdays, but that’s exactly what Tanya Van Court’s daughter wanted for her 9th birthday.

The unconventional gift inspired Van Court to start Goalsetter, an app for kids that gamifies financial literacy. “In that moment, I knew that if I could get every Black child to say that, I could change the world for our community,” Van Court, who was formerly an exec at Nickelodeon, told BET.

As a Black woman in fintech, Van Court feels uniquely positioned to help educate the next generation of savers and ultimately close the racial wealth gap that persists between Black and white people in America. “[N]ever before in the history of America has there been a Black woman-owned tech and financial education company that is targeted at our children,” Van Court told AfroTech.

Why we love it: There’s a feature on the app called “Learn Before You Burn,” which freezes a kid’s debit card until they pass a (fun and meme-heavy) financial literacy quiz each week.

Download Goalsetter from the App Store and Google Play.

If you’re a sneakerhead who’s constantly checking your social feeds for the latest trends and shoe news, take note: Kickstroid is a new app that uses artificial intelligence to help sneaker fans track shoe prices on the resale market, learn about sneaker culture, and follow favorite brands. David Alston and Nicco Adams, friends and self-proclaimed sneakerheads, built the app as students at the University of Illinois at Urbana-Champaign.

To the co-founders, the app’s mission goes deeper than their interest in fashion: “Sneaker culture is so rooted in Black culture and Black vision,” Alston, who has a computer science background, told InputMag. “Yet a lot of people on the technical side [of the sneaker industry] don’t look like us.”

Why we love it: Kickstroid hosts virtual sneaker battles on the app, where users share photos of their favorite kicks and vote on their favorites — but they’re surprisingly high-tech. “As each user votes on a picture, our AI-based sneaker detection algorithm scans each photo to identify the sneaker, break it down by its visual characteristics, and then use that information to help create personalized metrics for that user,” the co-founders told AfroTech.

Mandy Bowman used to keep a spreadsheet with a running list of Black-owned businesses — then she turned the directory into an app called Official Black Wall Street.

“The idea for the website came first, but I really wanted to get to the app,” Bowman, who worked in marketing and social media prior to starting Official Black Wall Street, told Essence. “I wanted to make the search as easy as possible, to the point where we can literally let people know, ‘Okay, there’s a business next to you right now that you should walk into.’”

Today, thousands of Black-owned businesses around the country (plus Canada, the Caribbean, and the United Kingdom) are listed on the app. Whether you’re looking for a gym or coffee shop to try, or need to find a doula or insurance agent, having Official Black Wall Street on-hand makes it way easier to buy Black.

Why we love it: In addition to brick-and-mortar shops, Official Black Wall Street also lists online shops so you can buy products straight through the app.

Longtime friends Jennifer Lambert and Jihan Thompson co-founded Swivel in 2016 after struggling to find local hair salons and stylists who specialize in working with textured hair. The app allows you to read reviews, book appointments, and pay for services directly through the app interface.

“Neither one of us knew how to code when we started, so that was our biggest initial technical hurdle,” Thompson, a former magazine editor, told Elle. Building an app was “a big challenge,” Lambert, who was a lawyer prior to Swivel, said in the Elle interview. “But…it’s been extremely rewarding to see what we’re capable of figuring out on our own.”

Why we love it: You can search for hair salons based on the hairstyle and hair type. Before you book, the app also connects you to the stylist or salon’s Instagram, so you can be sure to do your research ahead of time.

Feeling motivated to take the next step with your own app idea? Here are the best languages to learn for mobile app development. From there, check out our skill paths that teach you to make an app from start to finish, like Build iOS Apps with SwiftUI and Build Basic Android Apps with Java.

Want To Learn To Code? This Simple Question Will Help You Decide Which Language To Choose

There are hundreds of programming languages to choose from — here’s how to narrow down your choices.

How an actuary with a knack for trivia became a data professional at Pinterest.

Celebrate Pride By Contributing To These Open-Source & Community Projects

From LGBTQ+-focused Github projects to Slack groups for queer tech workers, check out these Pride resources.

Your coding skills can help you learn about your spending habits and set financial goals.

Sick Of Swiping? Here’s How To Code Your Own Dating App

Here’s how popular dating apps — Tinder, Bumble, OkCupid, Hinge, and Raya — were created and the languages and skills you’d need to build your own.

“Why I Code”: The Black Developers Learning How To Build The Future

We’re celebrating the Black learners in our Codecademy community who are shaping a more diverse and inclusive tech industry. 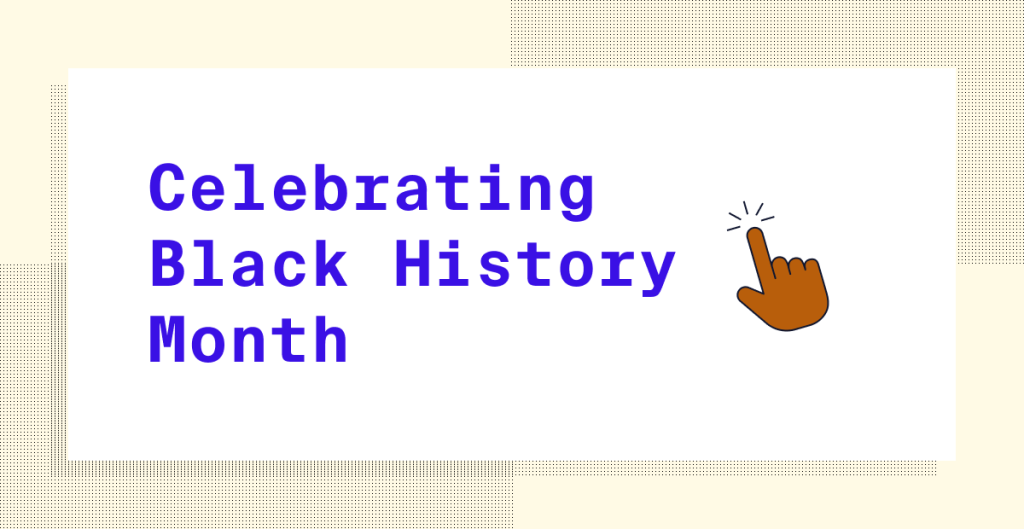 Black Programmers and Technologists Who Inspire Us

This year, in honor of Black History Month, the Codecademy Team is celebrating Black leaders that are working to build a more inclusive, more welcoming, and more diverse tech industry.