Ever wanted to create your own video games? The good news is: It’s easier than you might think. Thousands of people just like you, from new programmers to experienced developers, have learned how to make their own games right here on Codecademy.

Check out these games built by members of our community. And if you feel inspired or have any ideas for your own game, take our free course Introduction to Game Development. You’ll learn about the game development process and which programming languages you’ll need to get started.

Learn something new for free

Remember Wordle — the game that hooked the world with a catchy daily puzzle? For months, social media was filled with multicolored squares as people shared their attempts to successfully guess the daily 5-letter word.

One member of our community, ozboware, enjoyed the game so much they were inspired to create their own version: Wordled.

In our forums, ozboware provides a step-by-step breakdown of how they used HTML, CSS, and JavaScript to recreate Wordle. But unlike the original, Wordled generates a new word every time you open the game, so you can play it as often as you want. It’s also more customizable, allowing you to choose between 3-, 4-, and 5-letter games; adjust the difficulty setting; and even add your own custom words.

Check out Wordled’s page to play it yourself, and if you want a peek at its code, you can find its repository on GitHub.

As evinced by Wordle’s success, sometimes simple games are the most fun. That’s why you’ll often find color-matching games like Candy Crush and Bubble Shooter at the top of the App Store’s “most popular” list.

Quoxel, another member of the Codecademy community, is currently working on their own color-matching game: Trongle.

“Trangle the trongles by turning, spinning and flipping them til they match their neighbours, locking them in place,” Quoxel tweeted. Soon, you’ll be able to download Trongle on iOS and earn points, trophies, and other rewards as you complete each level.

Trongle was built with C# (one of the most popular languages for game development) and the Unity game engine.

If you want to start creating your own games but hesitate at the thought of learning a new language, don’t worry. There are tons of libraries and frameworks out there that allow you to use your preferred language for game development — and there’s a good chance you can build something simple with even the most basic functions.

Shane Phillips is a Web Developer from Quebec, Canada, and on LinkedIn, he shared a video game he built entirely with Ruby after learning it on Codecademy. Ruby Dungeon is a terminal-based choose-your-own-adventure game, offering a nostalgic callback to similar games that were popular in the ‘70s and ‘80s.

In it, you’ll navigate through the Doom Fortress and triumph over monsters and evil spirits as you try to get to the end without losing all your HP. Check out Shane’s game on GitHub to learn more.

Many of our learners create video games as part of their coursework. For example, in our Computer Science career path, you’ll wrap up the first module by creating a terminal game with Python. In our forums, nagudelo12, another member of our community, shares the text-based RPG they built while completing the path: Hero’s Journey.

Hero’s Journey follows the traditional RPG format. You start by creating your character and attributing skill points. Then, you progress through the game by fighting enemies to gain experience and money as you train to defeat the Demon King.

There are also three bosses you’ll have to face before the Demon King. Check out Hero’s Journey on GitHub if you want to play the game — and if you have any thoughts on how it can be improved, feel free to share your feedback in the forum thread.

Ethan, another of our learners, built a terminal-based virtual game room while completing a Python course. It includes four mini games — rock-paper-scissors, blackjack, hangman, and a number guessing game — and generates famous quotes that you’ll see after completing one.

Even if you don’t want to make a career out of it, building your own games is a great way to hone your coding skills and programmatic thinking. On GitHub, Ethan explains how creating his Game Room helped him get a better grasp of object-oriented programming. He also outlines his plans to polish his Game Room and add new features in our forums.

Johannes Sletten also created a text-based RPG while completing the Computer Science career path. If you’re a fan of Final Fantasy, you might enjoy The Tower of Py.

In this game, you’ll create your character based on three archetypes with different abilities and fight your way through the tower to defeat the evil bosses at the top.

The combat system is fairly complex and includes type advantages, and you level up by defeating enemies. Want to play? You can find the game here and its repository on GitHub. And if you want to learn more about its development, read Johannes’ blog post.

See? All you need is a programming language or two under your belt to start creating your own video games. If you want to learn more, our free course Introduction to Game Development will walk you through the development process and some of the most popular tools in the industry. And we’ll even show you how to build a game from scratch in our more advanced game development courses. Sign up now to get started.

How To Analyze Beyoncé’s Grammys Nominations & Wins With Python

These Are The 15 Top Codecademy Courses of 2022

We’ve released tons of cool and exciting new content this year. Check out this list of our learners’ favorite courses in 2022.

These jobs can help you break into the gaming industry.

6 Inspiring Projects From the Codecademy Community

Explore some of the coolest projects built by our learners in 2021! 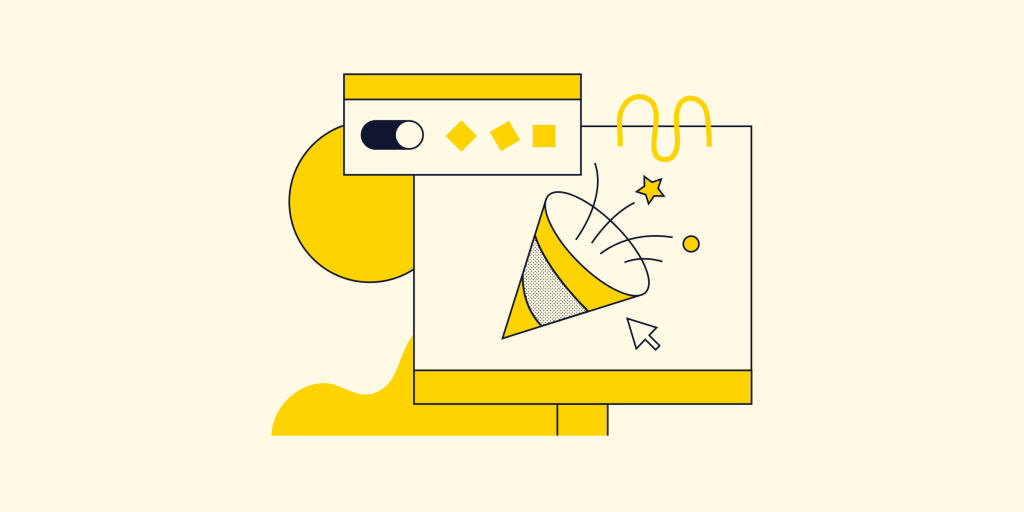 10 Most Popular Courses Among Our Learners

Explore our 10 most popular courses over the past decade and how learners have used them to gain new skills, achieve new goals, and transform their lives.