The file system structure defines how information in key directories and files (existing and future) are organized and how they are stored in an operating system.

Although different operating systems may have different standards, all major operating systems have similar characteristics and use a hierarchical structure of directories branching off the root directory. The image below illustrates an example of the hierarchy in a sample file system structure. 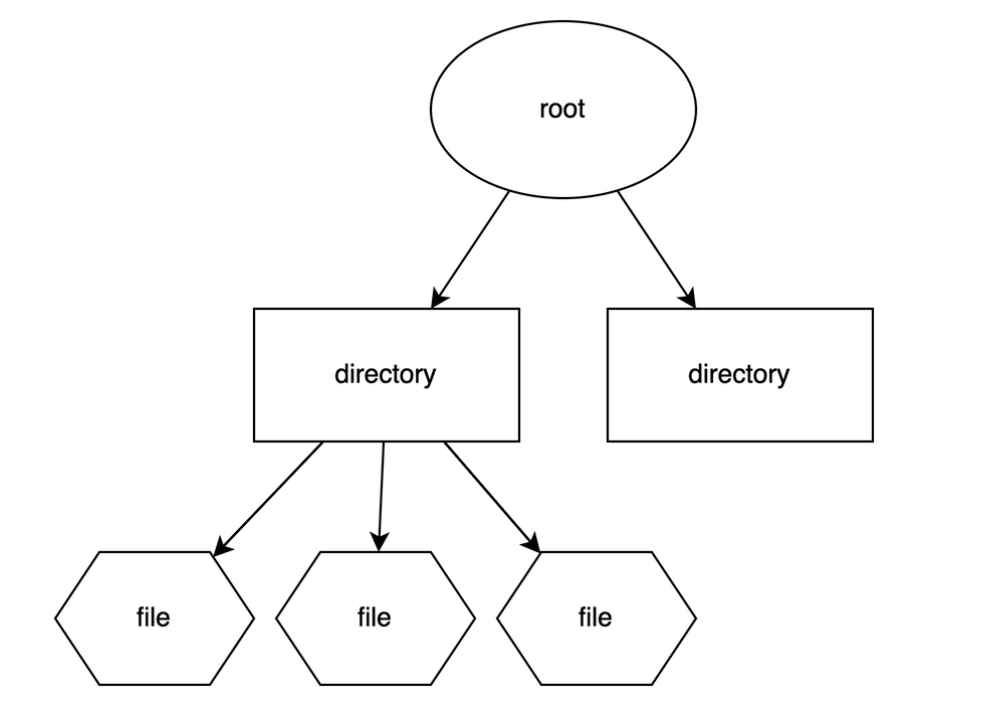 The root contains all directories and files associated with a particular system or device. Under the root, there are some predefined subdirectories. These directory names differ across different operating systems, but they are used to organize some common information, such as temporary files or user information.

All other directories and files are located below the root. Directories, or folders, contain a list of the file names for each file in the directory. They also contain other information associated with these files, such as information on where they are stored in the computer’s memory.

Files are storage units on a computer which contain information on file contents, instructions needed to read them, and where they are stored. A file’s location in the directory system is referred to as the file path and the file format, or type, determines how data in the file is created, stored, and read.

The Filesystem Hierarchy Standard (FHS) is one example of a defined file system structure. The FHS is for UNIX systems and is most popularly used in Linux. It is maintained by the Linux Foundation, and most Linux distributions follow the FHS.

The FHS defines that all directories and files exist under the root. It also includes standard files which appear directly below the root. Some examples of these files are included below:

The purpose of using a defined file system structure like the FHS is so users and software can predict the locations of files and directories. This makes it easier to compile, install, and run software.