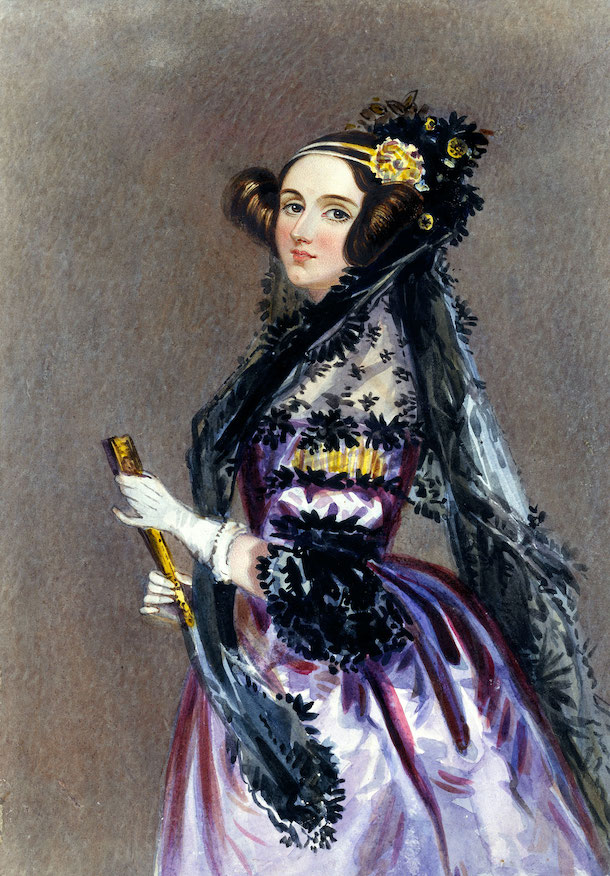 Ada Lovelace (1815-1852) was an English writer and mathematician and is often considered to be the first computer programmer.

Lovelace is known for her work on Charles Babbage’s Analytical Engine, the first programmable general-purpose computer. This machine included many features that are still cornerstones of today’s computers such as an arithmetic logic unit, control flows, and integrated memory.

While this machine was revolutionary, the Analytical Engine’s capabilities were misunderstood at the time. However, Ada Lovelace’s excellent implementation for calculating Bernoulli numbers on the conceptual machine became the first published algorithm and aided in legitimizing the practicality of such a device.

Fun fact: One of the main conference rooms at Codecademy’s old office was named after Ada Lovelace.