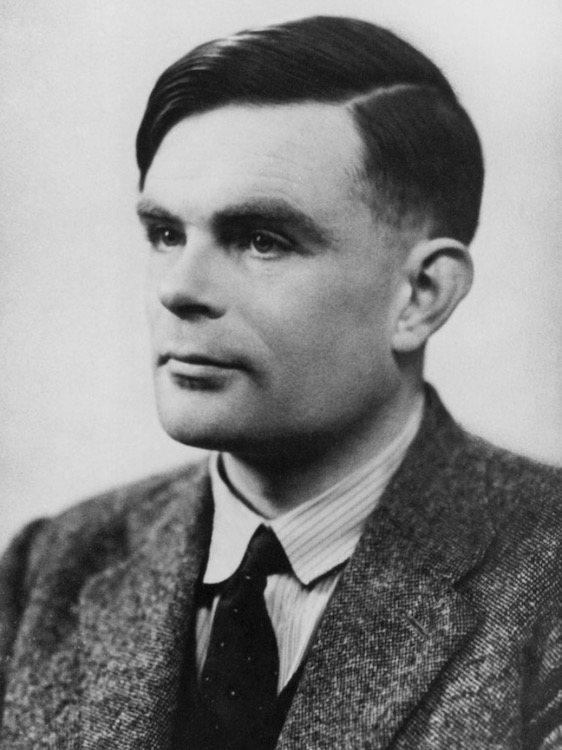 Alan Turing (1912-1954) was an English mathematician and computer scientist best known for his work on algorithms, computation, and creating the foundations of theoretical computer science through the development of the Turing machine.

Shortly after becoming a Fellow at King’s College in Cambridge, Turing published a paper describing the Turing machine, an abstract machine that can simulate any algorithm’s logic. Turing used this to prove that it is not possible to create an algorithm to determine if a program will ever stop running.

During the Second World War, Alan Turing was a key component in breaking the Enigma cipher encrypting all of Nazi Germany’s secret communication. Turing’s work is considered fundamental to deciding the outcome of the war with the information the code-breaking provided.

In 1950, Turing published a paper in “Mind” called “Computing Machinery and Intelligence”. It is a seminal paper on the topic of artificial intelligence (AI). The paper was the first to introduce his concept of what is now known as the Turing test (originally called imitation game) to the general public.

I propose to consider the question, “Can machines think?” - Alan Turing, 1950

The paper questioned whether or not a computer is capable of thinking like a human being. Turing proposed that a computer can be said to possess artificial intelligence if it can mimic human responses under specific conditions.