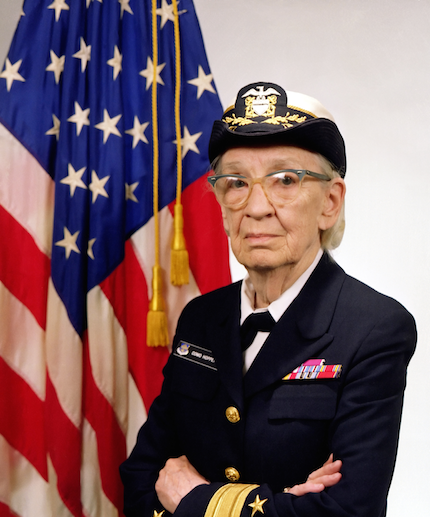 Grace Hopper (1906 - 1992) was an American computer scientist who led a decorated career in the United States Navy, becoming one of the first female rear admirals in U.S. history.

Grace Hopper began her career in service in the United States Navy Reserve and was assigned to work on the Bureau of Ships Computation Project at Harvard in 1944. There she served on the computer programming staff that developed the Automatic Sequence Controlled Calculator (ASCC) also known as Mark I used in the war effort during the last part of World War II.

While the actual phrase wasn’t coined by her, Grace Hopper and her team notably discovered an actual bug, a moth, stuck inside the computer and impacting its performance. They later documented this to be the “[f]irst actual case of a bug being found”: 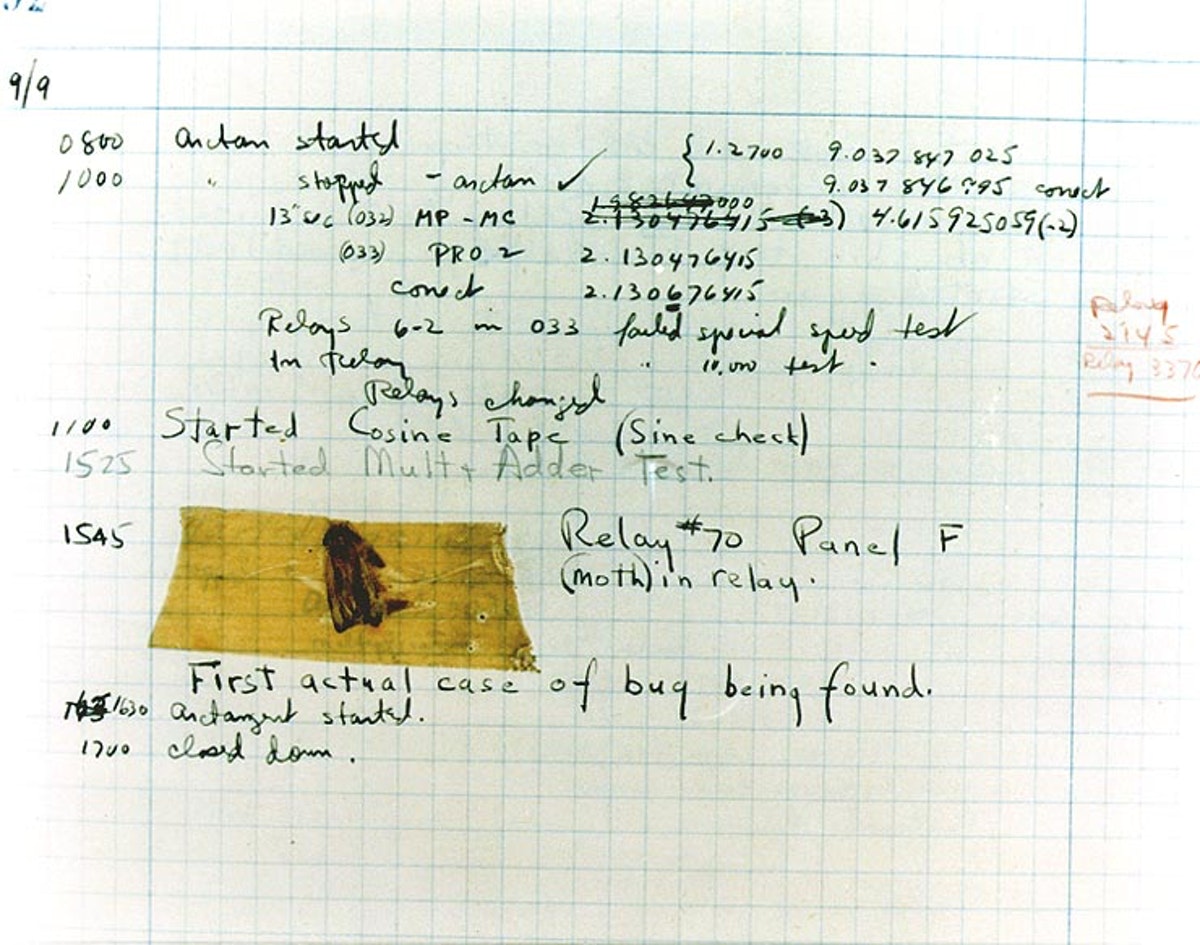 Hopper went on to contribute to the development of the UNIVAC I (Universal Automatic Computer I), the first computer designed for general business application in the U.S. at Eckert-Mauchly Computer Corporation.

Hopper is also recognized as the originator of the theory of machine-independent programming languages with her first paper on compilers, in 1952. With the notion that code should be able to be written in English, Hopper as the director of automatic programming and her team, developed FLOW-MATIC & MATH-MATIC.

Hopper then served as the technical consultant to the Conference on Data Systems Languages (CODASYL) committee that developed Common Business-Oriented Language (COBOL) in 1959.

The Grace Hopper Celebration of Women in Computing Conference was designed in honor of Hopper’s legacy in the field of computer science to facilitate more opportunities for women in the field.