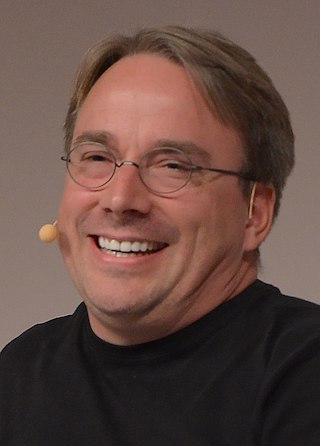 Linus Torvalds (1969 - ) is a Finnish-American computer scientist, the creator of the operating system kernel Linux, and the distributed revision control system, Git.

The Linux kernel is an open-source, Unix-inspired operating system kernel publicly released in Version 1.0 by Linus Torvalds in 1994. Today, the Linux operating system manages the hardware and resources of a large number of applications such as Android, Chrome OS, and many others.