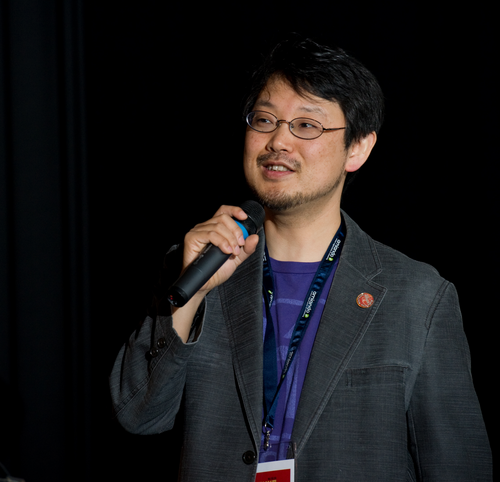 Yukihiro “Matz” Matsumoto (1965-present) is a software programmer and computer scientist widely known for his work as the chief designer of the Ruby programming language. Blending parts of his favorite languages (Perl, Smalltalk, Eiffel, Ada, and Lisp), Matz formed Ruby into “a language of careful balance.” As one of Japan’s open source evangelists, he has released products like mruby (a lightweight version of Ruby).

Matz’s demeanor has inspired the Ruby community motto “Matz is nice and so we are nice,” commonly abbreviated as MINASWAN.

As of 2011, Matz is the Chief Architect of Ruby at Heroku, an online cloud platform-as-a-service. Starting in June 2014, he was appointed to the role of Technical Advisor for VASILY Inc.

In 2001, Matz published a book called “Ruby in a Nutshell.” This was later expanded and revised into a new book called “The Ruby Programming Language,” released in 2008 and co-authored by David Flanagan.