Writing code is an important part of programming. We start with a blank file, write a few lines of code, and a program is born! IDEs facilitate this process with features like syntax highlighting and autocomplete.

An IDE that knows the syntax of your language can provide visual cues. Keywords, words that have special meaning like class in Java, are highlighted with different colors.

When the IDE knows your programming language, it can anticipate what you’re going to type next!

We’ve seen statements with System.out.println() quite a bit so far. In an IDE, we might see System as an autocomplete option after only typing “Sy”. This saves keystrokes so the programmer can focus on logic in their code.

Languages like Java and C++ are compiled languages. Before programs run, the source code of a .java or .cpp file must be transformed into an executable like .class or .exe by the compiler. Once compiled, the program can be run from the terminal.

This compilation process is necessary for every program, so why not have the IDE do it for us? IDEs provide automated build processes for languages, so the act of compiling and executing code is abstracted away, like in Codecademy lessons.

No programmer avoids writing bugs and programs with errors.

When a program does not run correctly, IDEs provide debugging tools that allow programmers to examine different variables and inspect their code in a deliberate way. 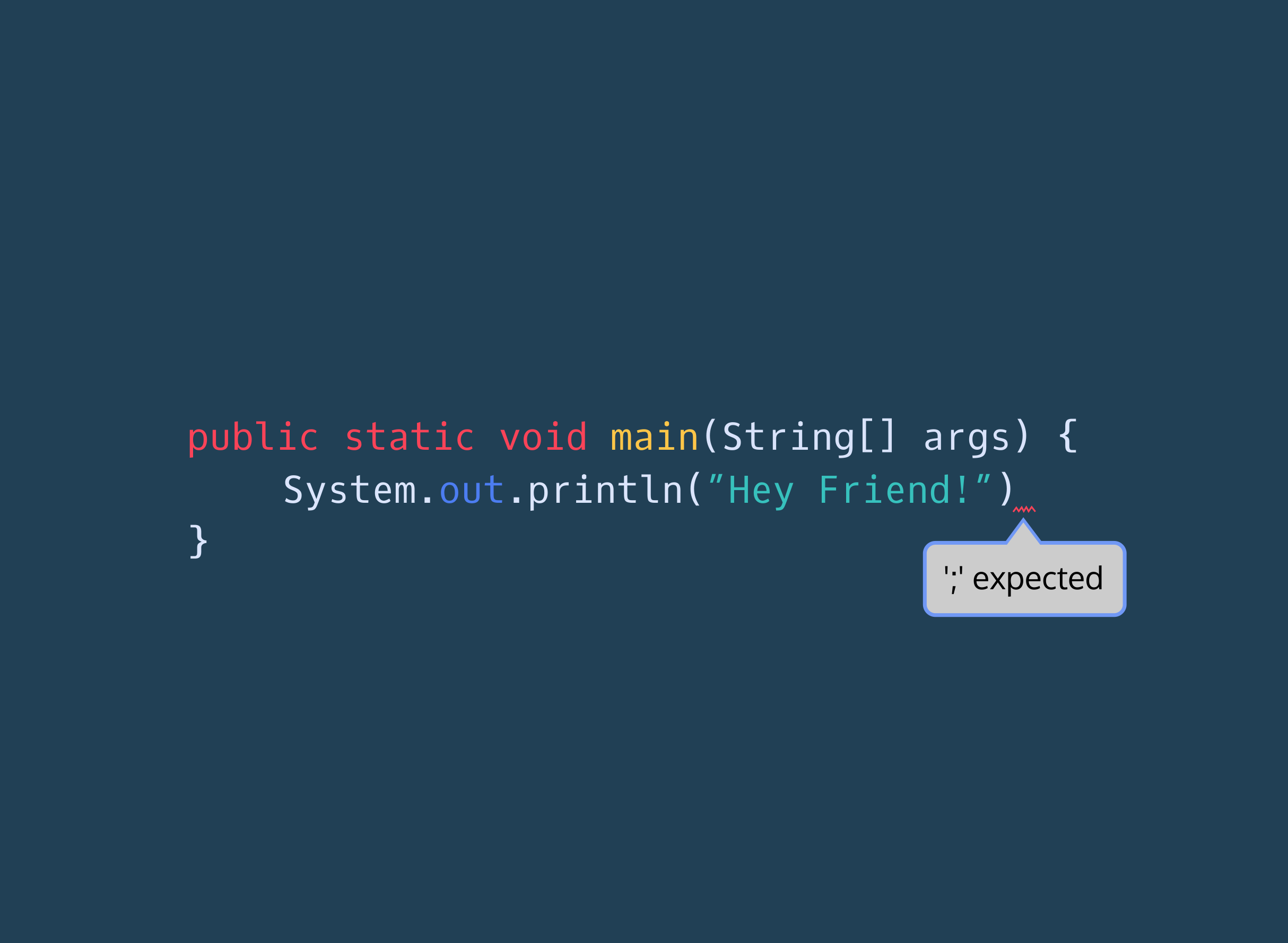 There are numerous IDEs available, such as:

The IDE you decide to use depends on what area of computer programming you wish to pursue. Some IDEs, like Android Studio and Xcode, are dedicated solely for building mobile applications.

There are many online IDEs that allow users to practice with snippets of code without installing any software on their local machine. Most provide support for several different languages.

One example is Codecademy’s own Codebyte Editor. It allows experimenting with C++, C#, Go, JavaScript, PHP, Python 3, Ruby, and Scheme.

Another example is JDoodle which offers support for over 75 languages including Java, Python 2, R, and Swift.