Structure of a Relational Database

Most tables are defined with a key column that holds a unique value for every row. That column is called a primary key. Columns in a table that reference primary keys in other tables are called foreign keys. Data in different tables are related to each other via matching values in the key columns in those tables.

Rows in each table are also called records. Columns can also be called fields or attributes.

For instance, a company may have a sales database with tables called products and sales.

Each entry in the sales table would have a foreign key referring to the primary key of the product table (the product that was bought).

The relation between the product table to the sales table is referred to as a one-to-many relationship (for each product there can be multiple sales). 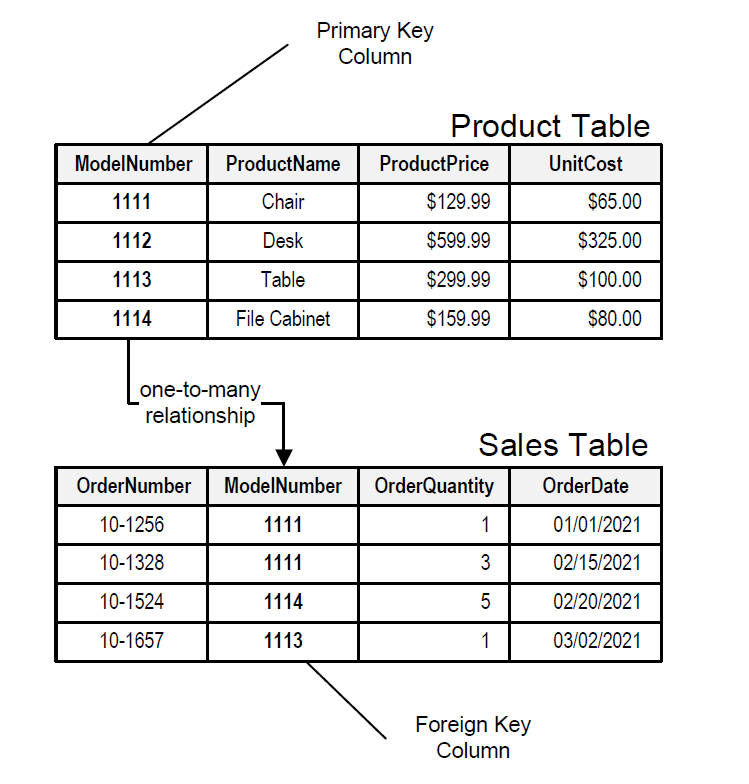