Pull requests (PRs) are used to recommend the merging of code from one branch into a different branch. PRs are a core tool in open-source software development as it allows developers to propose changes to large, open-source codebases.

After reviewing, if the changes are approved by author(s)/collaborators of the repository, they are merged into the base branch (this is usually named the main branch). If the changes are not approved, the maintainer(s) may either ask the requester for additional changes or decline the PR altogether.

PRs are featured on popular version control platforms such as GitHub and GitLab.

The prerequisites for creating a PR and contributing to a project are:

With the newly added changes pushed, open the web page of the repository. There should be a button that says “Create Pull Request” placed somewhere, similar to the image below. 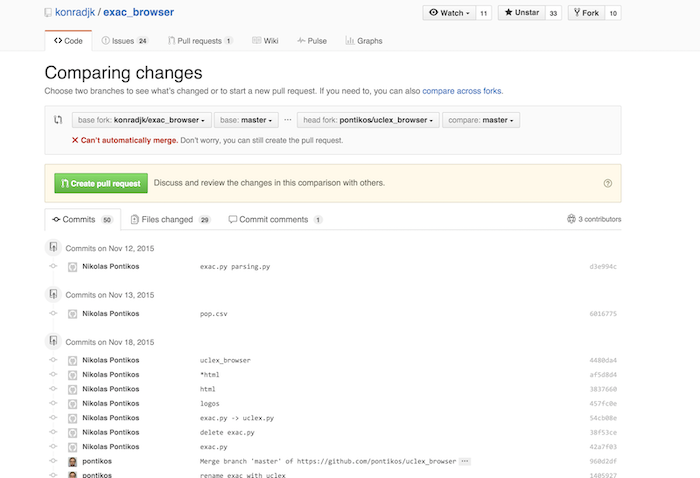