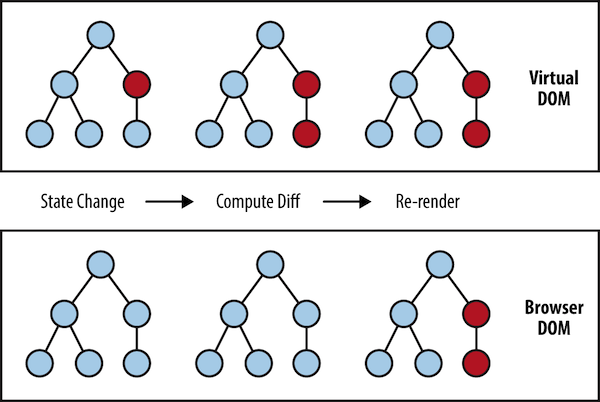 The virtual DOM is not to be confused with the Shadow DOM, or any other technology or concept.

By comparing the new virtual DOM with a pre-update version, React figures out exactly which virtual DOM objects have changed. This process is called “diffing.”

Once React knows which virtual DOM objects have changed, then React updates those objects, and only those objects, on the real DOM. For example, if changes were made to a list item, React would know to rebuild the one checked-off list item, and leave the rest of the list alone.

This makes a big difference! React can update only the necessary parts of the DOM. React’s reputation for performance comes largely from this innovation.

In summary, here’s what happens trying to update the DOM in React: