A button is a design element that allows users to take action.

Buttons play an essential role in digital products because they help users complete various actions, such as confirming a purchase, uploading a file, or closing a pop-up modal.

The design of a button should clearly convey its function, so the user understands what will happen if they select it. A button may feature text, an icon, or both to communicate what it does. Additionally, text, images, or other design elements near the button can provide context to clarify its purpose. 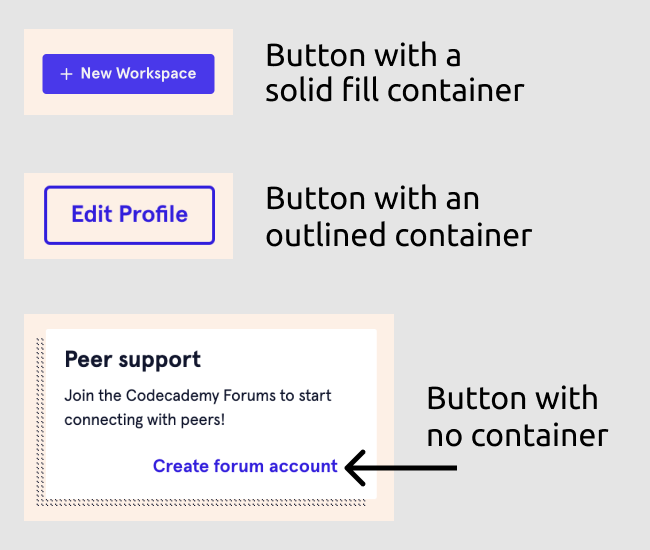 Designers typically categorize buttons as primary, secondary, or tertiary actions. These categories correlate to the level of visual emphasis that each button is given. 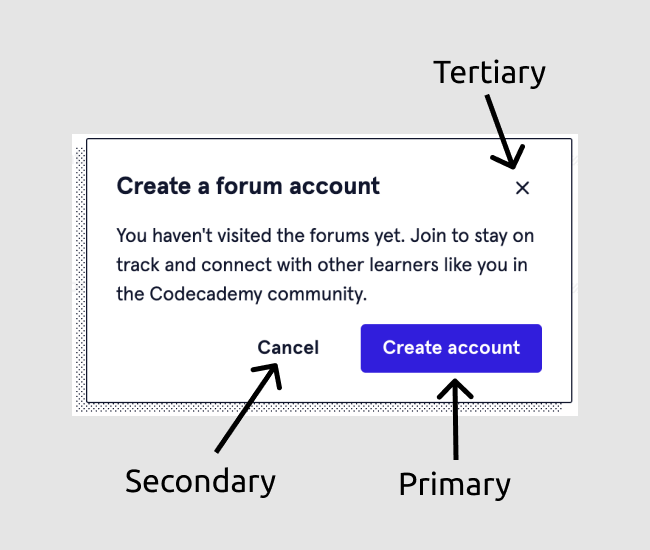