Wireframe elements are low-fidelity components that help communicate ideas during the wireframing process.

Low-fidelity wireframe elements act as placeholders for high-fidelity content that will eventually occupy that space. For example, when wireframing, we can represent the placement of a logo by writing “logo” instead of populating that space with an actual logo. This is what makes wireframing an effective and efficient method for establishing content layout, rather than content design. 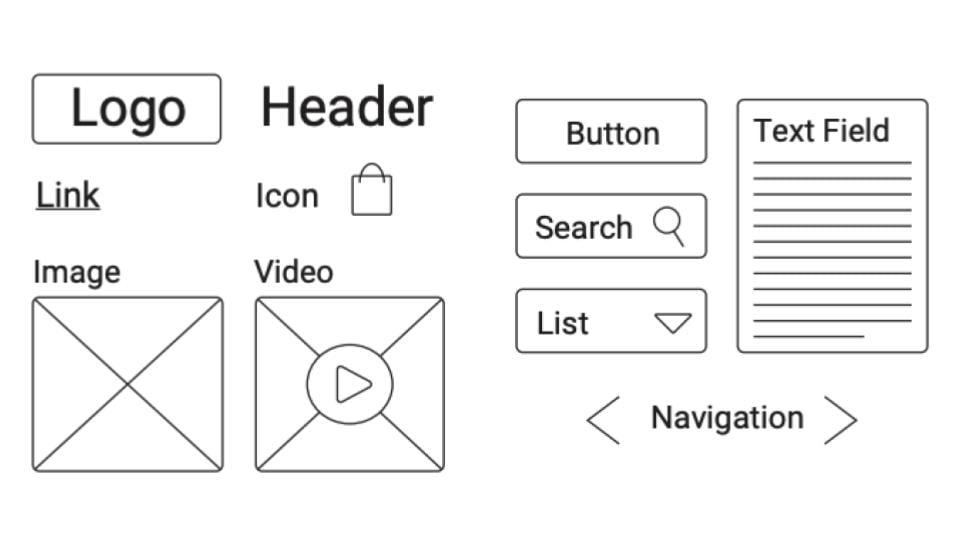 Examples of wireframe elements include: