When a layer is moved around on the canvas, its coordinates automatically update to reflect its position. Alternatively, new coordinate values can be entered, shifting the layer to a new location on the canvas.

X and Y coordinates represent the location of a single point, but a layer is generally much larger than a point. Therefore, design software assigns a reference point, which is the exact point on the layer that correlates to its coordinates. The reference point is typically located at the top-left corner of the layer’s bounds. However, in some software, it’s possible to shift the reference point. 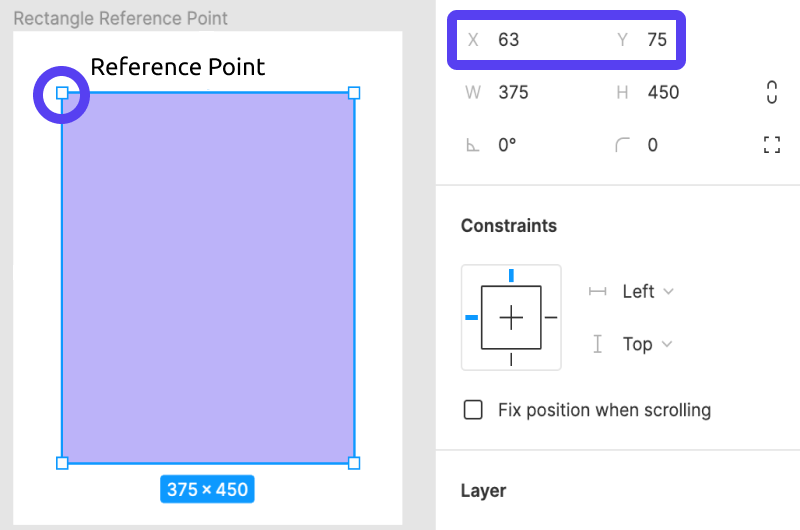 Because design software assigns X and Y coordinates for every layer, designers can precisely position all layers in the design.

For example, if a button should appear in the same position across multiple website pages, a designer can check the X and Y coordinates of the button to ensure that they are the same on every frame.

Figma, a prototyping tool and graphics editor, has more information on X and Y coordinations including alignment, rotation, and postiion.

Edit this page on GitHub